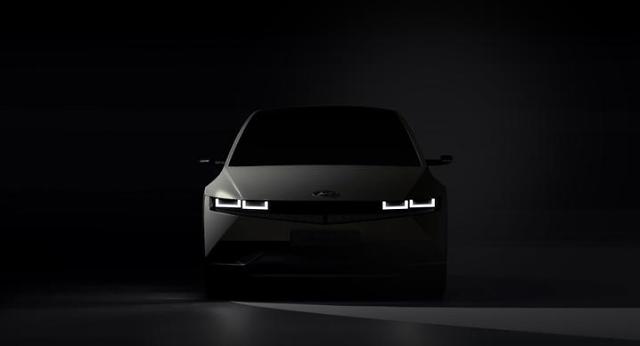 
SEOUL -- South Korea's Hyundai auto group will release its IONIQ 5 midsize crossover utility vehicle installed with a dedicated new battery platform in March in Europe. It would be sequentially in South Korea and elsewhere.

Hyundai said at a conference call on January 26 that IONIQ 5 would be released in Europe around the end of March, carrying the electric-global modular platform (E-GMP) that signals the start of the auto group's full-fledged campaign to replace combustion engines gradually with hydrogen fuel cells and premium electric batteries.

The auto group sold 98,000 electric vehicles and this year's sales target was set at 160,000 units. Hyundai released the first teaser image of IONIQ 5 on January 13, saying it the first Hyundai vehicle to feature a clamshell hood.