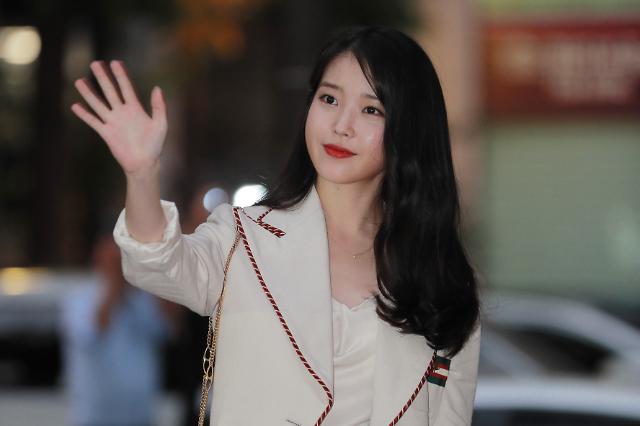 SEOUL -- Singer-actress IU has scored an all-kill in major South Korean song charts with her new song "Celebrity" that was pre-released before the official release of her new album.

The 27-year-old's new song topped popular real-time song charts of Melon, Genie, Flo and Bugs on January 28. The song's music video was watched more than 6.2 million times on YouTube in less than 24 hours of release.

Through her self-written song, IU delivered a message of support and encouragement for people with unique personalities. "I have put in a lot of effort into the creation of this song so that it can carry a message of compassion and sympathy for listeners," she said in a statement, adding that the message was what she wanted to tell her friend who was often seen as a unique person.

Fans shared opinions about the song through social media and online communities. Many said they think the unique friend mentioned by IU is Sulli, a singer-actress who committed suicide in 2019. The late artist with unique charms and talents was often put under a barrage of criticism by cyberbullies for unpredictable action. After her death, IU has launched a legal battle against cyberbullies.

"I will deliver sincere music that would vitalize those with an exhausted heart," IU said. The release schedule for the singer's full album has not yet been disclosed.