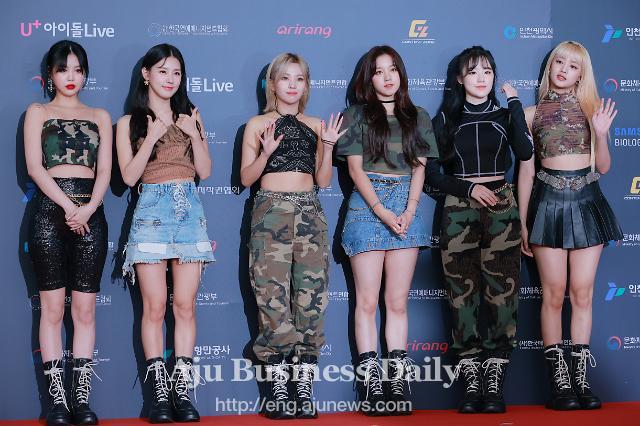 
SEOUL -- (G)I-DLE, a K-pop girl band, will release a remix version of "Hwaa," the lead song of its new mini-album, on February 5 through collaboration with Dimitri Vegas & Like Mike, a top-ranking Belgian DJ duo that has performed at numerous festivals worldwide, according to the group's label, Cube Entertainment.

It would be the band's first collaboration with foreign artists. (G)I-DLE made comeback on January 11 with "I Burn," a mini-album packed full of self-composed songs, including Hwaa which sings about the pain of love using the burning fire and colorful flowers in the cold winter sensibility as a metaphor.

Hwaa topped domestic charts and attained commercial success on Billboard charts, peaking at number 5 on K-pop Hot 100 and number 8 on World Digital Songs. An English and Chinese version of the song was released as a digital single on January 27.

(G)I-DLE, which debuted in May 2018, has signed a contract with Republic Records, an American record label owned by Universal Music Group, targeting the North American music scene this year. However, the group was grounded at home due to the COVID-19 pandemic and canceled its world tour.