Experts give conditional consent to AstraZeneca's vaccine for people over 65 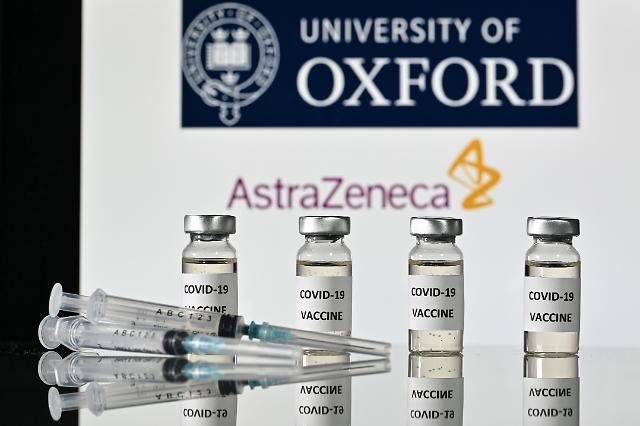 SEOUL -- South Korean experts gave conditional consent to the use of British-Swedish drugmaker AstraZeneca's COVID-19 vaccine for old people over the age of 65, saying that preventive effects have been confirmed in all age groups, along with a good safety profile.

The Ministry of Food and Drug Safety has consulted an advisory group of eight experts to address concerns that the AstraZeneca vaccine, created in conjunction with the University of Oxford, could be less effective in protecting the elderly.

The vaccine satisfied the domestic and international standard of more than 50 percent in preventive effect, but the advisory group did not recommend its use during pregnancy, Kim Sang-bong, who heads the ministry's biopharmaceutical department, told a press briefing on February 1.

The European Medicines Agency has approved the Oxford-AstraZeneca vaccine for use in adults over 18. There have been overseas reports that AstraZeneca's vaccine had a low efficacy rate in those over 65 who are more at risk of serious disease and death. AstraZeneca refuted such reports as "completely incorrect."

The advisory group's opinion was split. The majority group approved AstraZene for general use, citing preventive effects in all age groups, a good safety profile and no significant adverse drug-related anomalies. The majority group suggested that a final clinical outcome report and interim clinical analysis data in the United States can be approved later.

There was a minority opinion that it is desirable to approve the vaccine after additional results such as clinical trials are acquired because the prevention effect was not proven due to a lack of data on the elderly and no correlation with immunogenic reactions and preventive effects was established.

There was a consensus that two doses should be administered at an interval of 4 to 12 weeks.