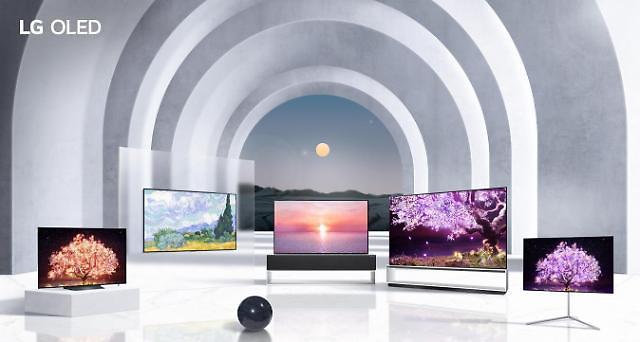 
SEOUL -- A new organic light-emitting diode (OLED) monitor developed by LG Electronics as a diffusion brand has been certified by a state regulatory body. With its clear image quality, the OLED monitor is suitable for games that require fast movement, but LG has yet to decide on prices and other details.

LG's 32 and 27 inch OLED monitors have secured certification from the National Radio Research Agency, heralding an ear of OLED monitors targeting video experts and customers who enjoy games. "We will release products in the second half of this year," an unnamed LG official said. "We have yet to decide what kind of products will be released."

As demands for IT products have increased due to a non-face-to-face trend, LG has expanded its OLED lineup. OLED technology has gained attention in the gaming TV market for its superiority, as each pixel emits its own light, offering an infinite contrast ratio and creating vivid picture quality. However, it's difficult to open an OLED monitor market because OLED displays can deteriorate over time to lose their color reproduction rate due to heat or other external factors such as moisture and dust.

Competition is growing among TV makers to develop next-generation displays. LG's rollable OLED TVs received positive feedback from critics. The company is now involved in a project to develop stretchable displays which are seen as the final phase of flexible display technologies. Bendable, foldable and rollable panels have been developed, but the next generation product is stretchable to all sides without affecting the quality of displays.