S. Korea beefs up smart farming to cope with aging population in agriculture 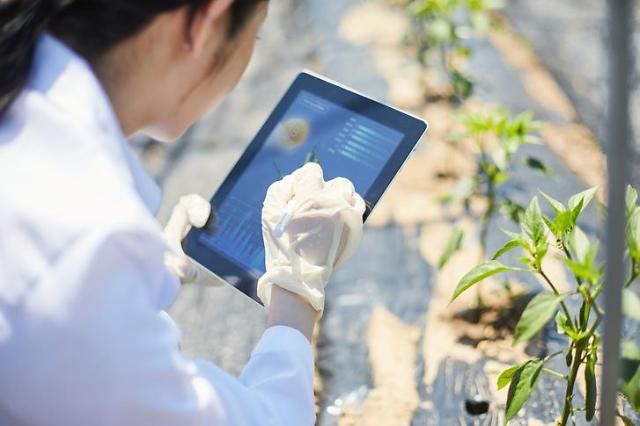 SEOUL -- South Korea will beef up its smart farming industry in an effort to fill up a workforce vacuum in the conventional agriculture industry that has been accelerated by an aging society. Smart farm research and development infrastructure will be interconnected to maximize efficiency and speed up tests of new technologies.

Government data showed that more than 70,000 farmers chose to retire in 2019 due to old age. About 46 percent of the farming population consists of old people over 70, and about 70 percent of farmers grow crops on pieces of land that are smaller than one hectare.

Smart farms require minimum space and workforce as artificial intelligence-based facilities autonomously control a farming environment such as light, moisture and wind to accelerate the growth of crops and livestock. Smart farming is more eco-friendly as the technique does not require as many resources like water and fossil fuel. Crops can be grown in urban areas inside container-like facilities built on idle spaces.

The Ministry of Agriculture, Food and Rural Affairs said in a statement on February 9 that it would launch a 40.6 billion won ($36.3 million) project to research, develop and demonstrate smart farm technologies and next-generation core and convergence techs. Detailed schedules are to be disclosed later. The project is also designed to upgrade the industry's global competitiveness.

"We expect to gain the ability to sustain and manage our farming industry and gain global competitiveness through the research and development of smart farming technologies," the ministry said.

On February 4, the Rural Development Administration signed an agreement with the United Arab Emirates' Ministry of Climate Change and Environment to cooperate in the research and development of smart farm technologies. South Korea and the UAE agreed in 2019 to jointly research rice cultivation techniques in the desert and smart greenhouse cooling systems.