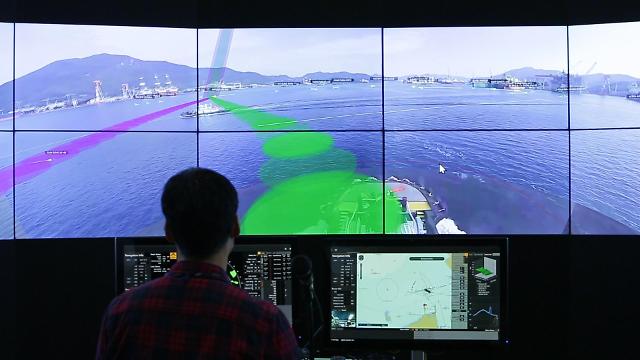 SEOUL -- A 9,200-ton ship installed with a remote autonomous system developed by Samsung Heavy Industries will make its test run probably in August on a coastal sea route. If the test is successful, it would be the world's first case to apply remote autonomous operation technology to a large vessel.

Samsung Heavy Industries (SHI) has tried to commercialize its remote autonomous system called Samsung Autonomous Ship (SAS). The shipbuilder will mobilize a 9,200-ton training ship run by Mokpo National Maritime University on a sea route between the southwestern port of Mokpo and the southern resort island of Jeju. The university will be in charge of simulation and evaluation.

"It is meaningful for Samsung Heavy Industries to become industry-first in securing remote autonomous operation technology for a large vessel at a time of significant change in the transition to the future age of ships." SHI's technology development center head Chung Ho-hyun said in a statement on February 10.

SAS can recognize surrounding vessels and obstacles while assessing the risk of collision to find an optimal route. In October 2020, a 300-ton tug boat installed with SAS made a clean test voyage. A remote control system was also demonstrated through a control center in the central city of Daejeon using an augmented reality video and a 360-degree view that allows the monitoring of ships.