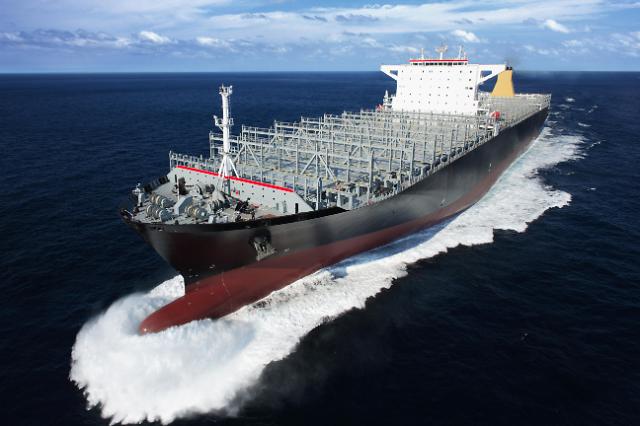 
SEOUL -- Samsung Heavy Industries, a major shipbuilder in South Korea, has secured an order worth 781.2 billion won ($707 million) from an unidentified Asian client to build five container ships powered by liquefied natural gas and equipped with eco-friendly and energy-saving solutions. The ships will be delivered sequentially by July 2023.

Samsung Heavy Industries (SHI) said in a regulatory filing on February 15 that the 15,000-TEU ships would be installed with an energy-saving device and SHI's SVESSEL smart ship technology. The twenty-foot equivalent unit (TEU) is an inexact unit of cargo capacity often used to describe the capacity of container ships.

With the new deal, SHI has won $1.3 billion in orders for ten vessels, or 17 percent of this year's target of $7.8 billion. SHI forecast more orders for eco-friendly, high-efficiency container ships this year as the market focuses on replacing old ships. "Based on differentiated eco-friendly technologies, we will proactively develop customized products and expand our market dominance," an unnamed SHI official was quoted as saying.