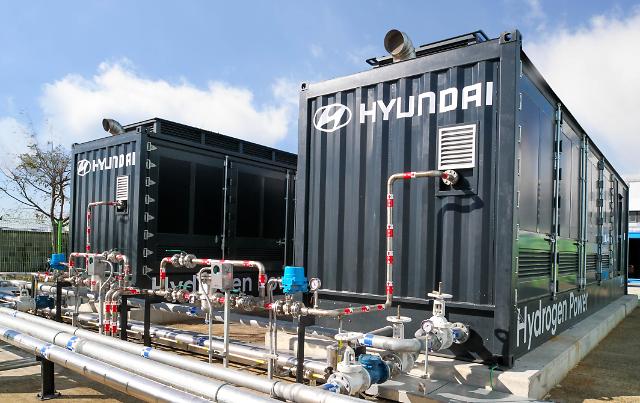 SEOUL -- As the prime motive power for the establishment of a hydrogen ecosystem, South Korea's Hyundai auto group forged a strategic alliance with POSCO to cooperate in hydrogen vehicles and power generation as well as the development of related technologies. The steel group has presented a business goal to nurture green hydrogen as one of its new growth engines.

Hyundai will develop hydrogen commercial trucks for use at steel mills, while POSCO will use byproduct hydrogen as an energy source for hydrogen trucks. They would build hydrogen charging stations in steel mills and push for the joint development of technologies related to green hydrogen production and next-generation materials. Green hydrogen is produced from water using renewable power while blue hydrogen is derived from natural gas with carbon capture technology.

"The paradigm shift to a hydrogen economy to achieve carbon neutrality is a challenge for all industries and companies and an essential factor for sustainable future implementation," said Hyundai Motor Group chairman Chung Eui-sun. "We will contribute to the creation of a robust hydrogen industry ecosystem through cooperation with POSCO."