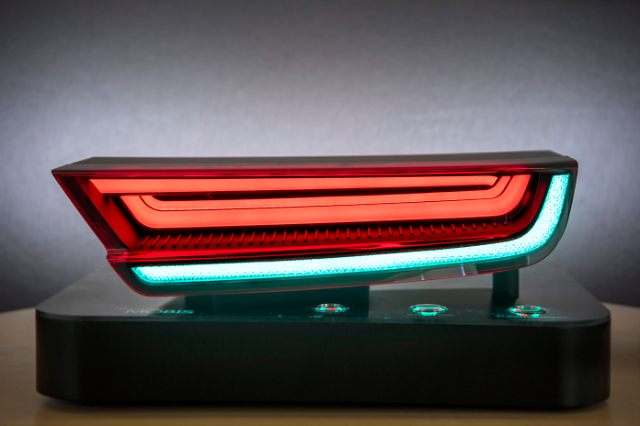 
SEOUL -- Hyundai Mobis, a parts-making wing of South Korea's Hyundai auto group, unveiled innovative rear lamps using light-emitting diodes that can be bent flexibly like a thin film. It enables various patterns of design and can achieve miniaturization and energy efficiency because rear and brake lamps can be integrated into a single LED light source.

Many vehicles in service adopt separate rear and brake lamps because stoplights should be much brighter according to safety regulations. Because HLED controls the amount of light by electrical signals, a single LED can perform both functions, Hyundai Mobis said. Thin lines can be superimposed to implement sophisticated and unique lamp shapes as well as lively animation effects.

Hyundai Mobis said that HLED increased visibility because can emit light in five directions at the same time. Micro-LED chips that have low heat and high energy efficiency were used to reduced volume by nearly 40 percent.

In the car industry, LEDs are replacing incandescent bulbs. LG Innotek has developed a thin LED line module for diverse automotive exterior designs. In 2019, the company unveiled flexible lighting called Nexlide HD by attaching multiple LED packages to thin substrates. Nexlide HD curves smoothly like rubber and can be used as a light source for exterior lamps. It can be cut into pieces and combined like blocks to make floral designs because silicon materials were used to increase flexibility.