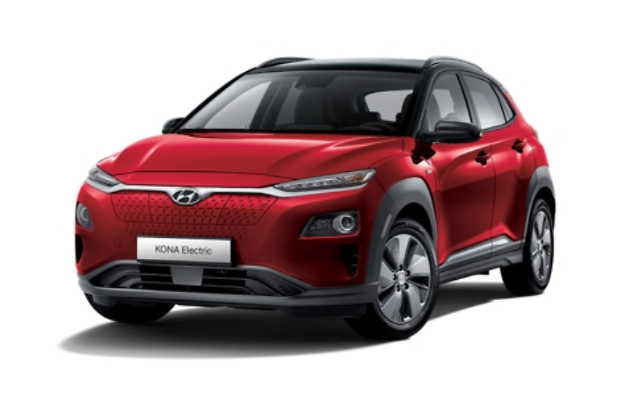 SEOUL -- South Korea's Hyundai auto group will recall 81,701 electric vehicles at home and abroad after an interim state investigation showed fire risks caused by potential defects in lithium-ion batteries produced by an LG plant in China. The recall came a day after the auto group declared an all-out entry into the global market with IONIQ 5, a new crossover utility vehicle installed with a dedicated battery platform.

Hyundai said the recall from March 29 would affect three brands -- Kona, Ioniq and an electric bus model, which were installed with batteries produced by LG Energy Solution's plant in Nanjing from September 2017 and July 2019. In overseas markets, the company would recall a total of 55,002 units including 50,597 Kona EVs, 4,402 Ioniq EVs and three buses.

In a notice on its website, the auto group said that recalls would be carried out sequentially due to the supply and demand schedule of battery materials, asking the owner of Kona and Ioniq electric vehicles to reduce the possibility of fire by adjusting their battery charge rate to 90 percent before battery replacement.

The recall came after the Ministry of Land, Infrastructure and Transport released the outcome of an interim investigation by the state-run Korea Automobile Testing & Research Institute (KATRI) that a series of battery fires may have been caused by an internal short circuit in battery cells. The institute reserved final judgment, saying an exact cause should be determined through an extended experiment.

LG Energy Solution did not agree, saying battery cell misalignment should not be blamed for causing fires. The company insisted it has already solved "initial problems" during mass production in Nanjing, while Hyundai's battery management system was not appropriately applied in the fast-charging system. "We will further check with relevant agencies on whether there is any connection to the fire," LG said in a statement.