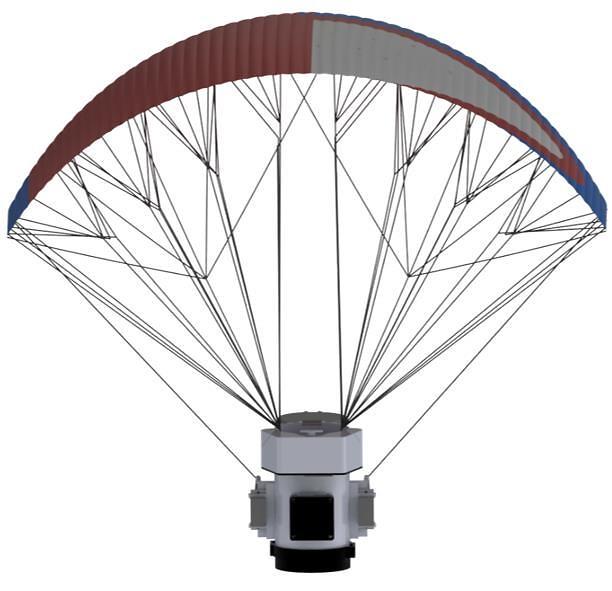 Awesome Tech also develops drone battery management systems and special-purpose drones. "We will lead South Korea's domestic drone market through continuous research and development as well as partnerships and cooperation with other technology companies," Hancom said in a statement on March 3.

Hancom, which used to be a word processing software company established in 1990, has expanded its business scope to various technologies including artificial intelligence, robotics, autonomous driving and connected services. It is now one of South Korea's largest business-to-business solution developers.

Drones that communicate with their pilots or a control tower via wireless communication frequently lose connection due to radio interference or when they fly out of radio coverage. In such a situation, drones make an emergency landing by lowering altitude gradually. They are vulnerable to damage by water, trees and buildings.

Awesome Tech's smart parachute and paraglider technologies allow GPS-based drones to deploy a parachute in case of a connection loss or a machine malfunction and safely self-navigate to a designated area.

Hancom has made an aggressive investment in the drone sector by acquiring InSPACE, a satellite and UAV ground platform developer startup, in 2020. Hancom Inspace has developed "DroneSAT," an autonomous drone control tower technology that orchestrates the unmanned operation of drones.

DroneSAT can be interlinked with an emergency situation management control currently being developed by Hancom Lifecare, a safety equipment maker wing. Through a smart city demonstration in 2020, The central city of Daejeon decided to adopt Hancom's unmanned drone control tower to support its firefighters.