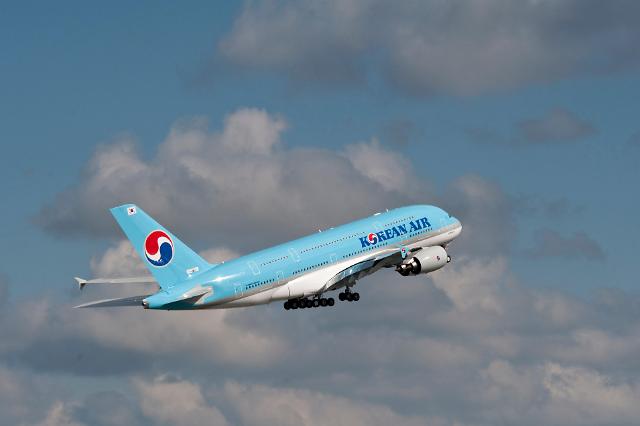 SEOUL -- South Korea's aviation industry wants a government push to make early preparations for the production and use of aviation biofuels, saying pilot operations in international flights are set to begin this year under an international scheme to lower CO2 emissions.

Biofuels are biomass-derived fuels from plants or waste. The International Energy Agency wants biofuels to meet more than a quarter of global demands for transportation fuels by 2050. However, the production and consumption of biofuels are not on track to meet the agency's sustainable development scenario. Aviation biofuels, or sustainable aviation fuels, are more expensive than fossil jet kerosene.

"From this year, international flights will begin pilot operations to reduce emissions through CORSIA," Korean Air CEO Woo Ki-hong said in a proposal to a conference organized by the Ministry of Environment in February. He suggested that the government should take the initiative in making preparations as it cannot be done by the aviation industry alone.

The Carbon Offsetting and Reduction Scheme for International Aviation (CORSIA) is a scheme adopted by the International Civil Aviation Organization (ICAO) in 2016 to lower CO2 emissions for international flights. Aircraft operators should purchase carbon credits from the carbon market.

"If biofuels are used, there should be incentives for refiners," Woo said, adding the domestic biofuel industry is in its infancy with no legal system or guidelines. Sustainable aviation fuels are not used widely. In February, Netherlands flag carrier KLM conducted a test flight carrying passengers from Amsterdam to Madrid, using a blend of regular fuel mixed with synthetic kerosene produced by Royal Dutch Shell with carbon dioxide, water and renewable energy sources.