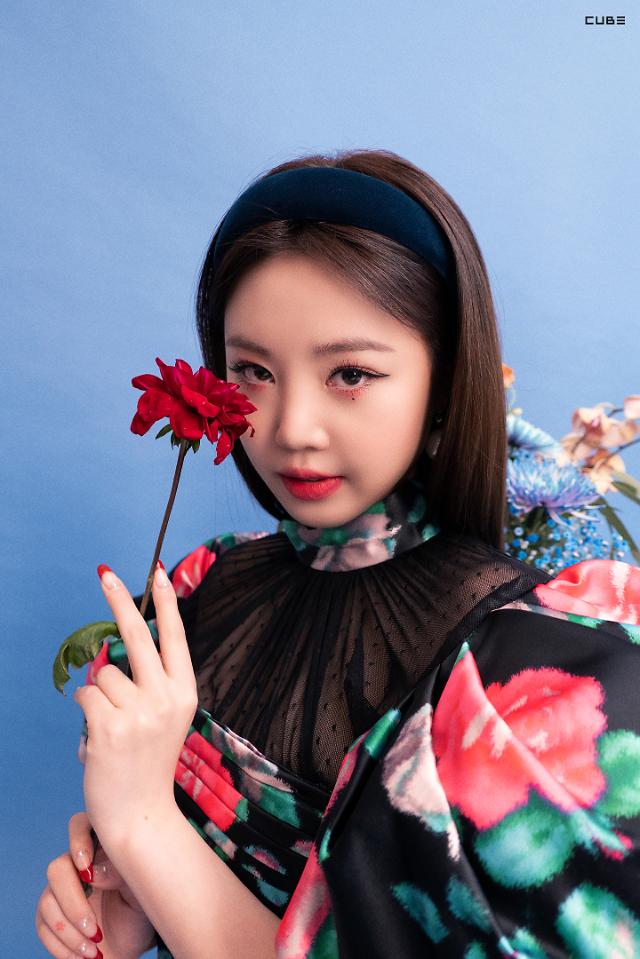 SEOUL -- (G)I-DLE, a six-member K-pop girl band, will shrink its size to five members after Soojin decided to stay away for a while over claims that the 22-year-old had inflicted mental and physical damage to classmates through bullying in her middle school years. Her agency has yet to verify allegations targeting Soojin.

Soojin's absence dealt a blow to the girl band which has gradually expanded its influence abroad. (G)I-DLE, which debuted in May 2018, signed a contract with Republic Records, an American record label owned by Universal Music Group, targeting the North American music scene this year. However, the group was grounded at home due to the COVID-19 pandemic and canceled its world tour.

"Soojin is currently inactive and (G)I-DLE will continue activities as a five-member band for some time," Cube Entertainment said in a statement on March 4. The decision was made about three weeks after an online user insisted that her sister, a former schoolmate of Soojin, had been the target of school bullying, followed by fresh disclosures by the singer's schoolmates.

Soojin was involved in a quarrel with her schoolmate over a phone, Cube said, adding that it could not verify the truth about school violence claims, The agency that the singer had wanted face-to-face meetings with alleged school bullying victims to make things clear, but her request was rejected. Fans showed a cold response.

"I think Cube is making a big mistake by not expelling Soojin," Bamboo, a user of South Korea's major online community Clien, said in a post. "(G)I-DLE has a huge potential. It's a shame that it will never become a major band." Another user Autoset said: "Many online entertainment communities are showing negative reaction on Sooji's school bullying controversy. I don't know why Cube decided to take her along."

The entertainment community has been embroiled in a wave of school bullying scandals. Many young fans went ballistic over school bullying, urging labels to take action against artists who were found to be attackers. Ji-soo, a 27-year-old actor, pulled out of "River Where Moon Rises," a KBS TV historical fiction drama that began airing in February 2021, after admitting that he had been a middle school bully. KBS has postponed the airing of the remaining episodes.

School bullying disclosures were prompted by a bullying scandal that rocked South Korea's professional female volleyball league in February. Twin sisters Lee Jae-yeong and Lee Da-young, who have played with the Heungkuk Life Pink Spiders, were suspended over a bullying scandal after former elementary and middle school teammates claimed that they were mentally and physically abused by the twin.