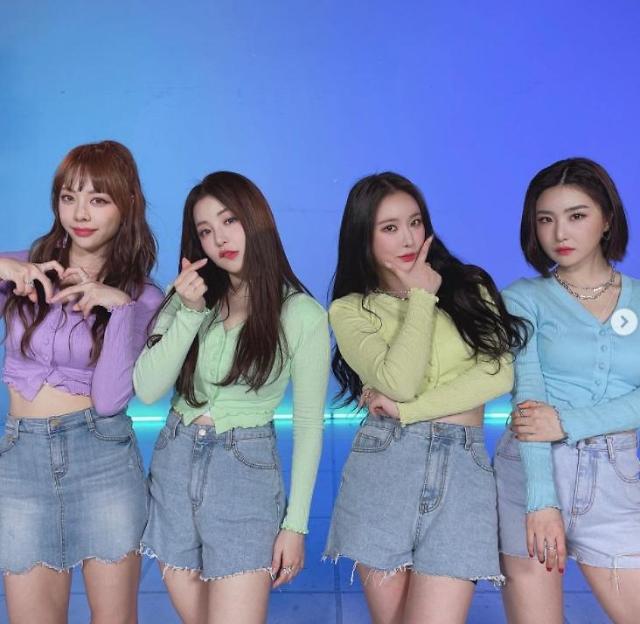 
SEOUL -- Brave Girls, an obscure K-pop girl band that has been almost forgotten in the major music scene, was unexpectedly put on a road to fame and became a star overnight after a YouTube video showing online comments for their dance performances went viral. The video was uploaded when band members lost their momentum to maintain team activities any longer and started discussing their dismantlement.

Since Brave Girls debuted as a five-member band in 2011, it has not been recognized by fans for 10 years. The group was able to lay the groundwork for existence with morale-boosting concerts at military barracks. Members came and went. Brave Girls was at its largest in 2017 as a seven-member band but it shrunk to four in 2018.

They experienced a sudden twist of fate in February 2021, when members gathered to have frank discussions on their breakup without knowing that there's a video about them going viral on YouTube.

"Honestly, as soon as we hit 2021, members said that maybe the time has come to wrap things up. We agreed that it was time to meet up and talk about disbanding the team. We had that talk on February 23," Yujeong, a 29-year-old member, said in an interview with Geunhwang Olympic, an entertainment YouTube channel, on March 8.

"We were almost done. We heard about the viral video the next day but we were not excited at all. We all thought the hype won't last long so we told ourselves not to get overly excited. Our self-esteem had hit the ground at the time."

Unlike what Brave Girls members predicted, the YouTube video created an online butterfly effect, with many talking about Brave Girls in online communities. Some shared the experience of watching the band's live performances during their mandatory military service. YouTube view counts for videos related to Rollin, a Brave Girls song released in 2017, recorded up to 7.8 million.

Rollin scored an all-kill in South Korean song charts including Melon, Bugs, and Genie on March 11. Famous TV shows and entertainment programs are competing to invite Brave Girls as a guest. The girls became a top K-pop star in just a few weeks.