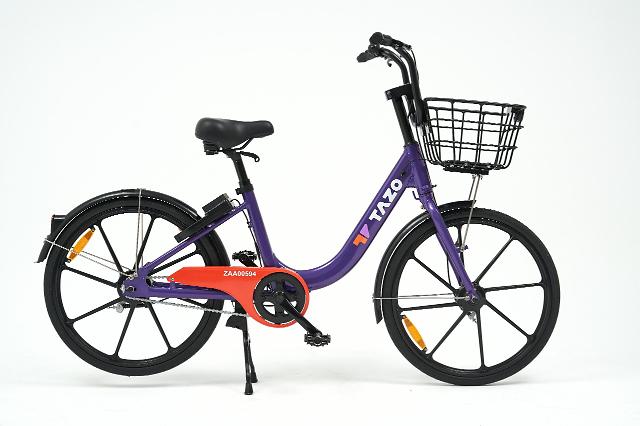 SEOUL -- South Korea's largest telecom company KT has launched a bicycle-sharing service in cooperation with a domestic mobility service company, reflecting the growing popularity of such eco-friendly services in Seoul and other cities.

KT said in a statement on March 15 that the company partnered with Omnisystem, a smart platform solution developer, and Goyang City, a satellite city northwest of Seoul, to deploy 400 "Tazo" bicycles near subway stations and populated areas. The mobility service will be run for free until April 11. About 1,000 bicycles will be added on April 12 for a full service for a fee of 500 won per 20 minutes.

"Through Tazo, a bicycle-sharing service that does not require dedicated stations, we are now operating KT's green bike-sharing platform in Goyang," KT's AI and digital transformation business head Lim Chae-hwan was quoted as saying. He said that KT would utilize various platforms to provide a differentiated service.

Tazo was first deployed in Suwon south of Seoul in October. Unlike other services, users do not need to return bicycles to designated stations. Workers will retrieve bicycles at night and deploy them at subway stations and other crowded areas. Suwon runs about 3,000 Tazo bikes.