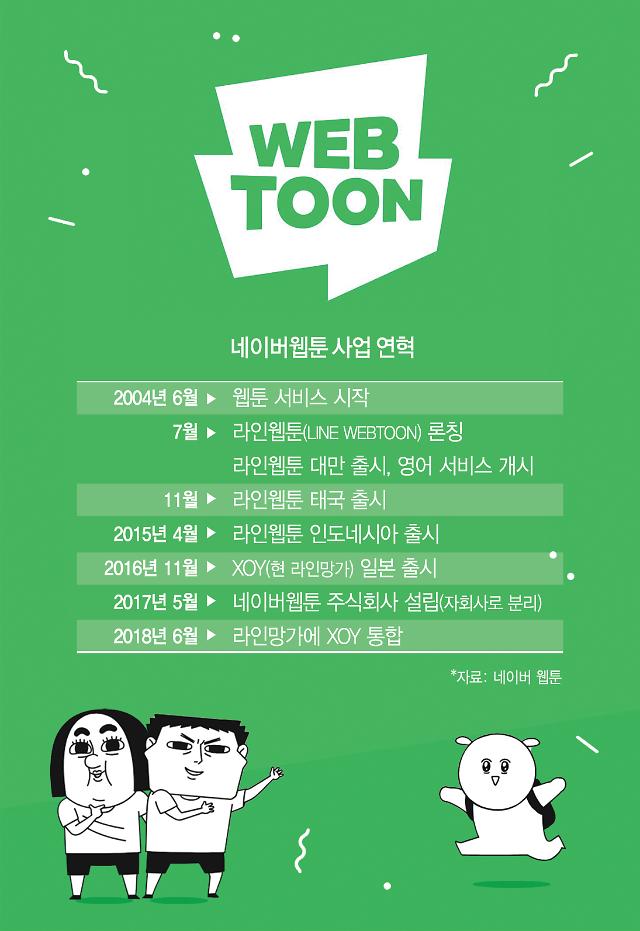 
SEOUL -- The web cartoon wing of Naver, a top web portal service operator and IT company in South Korea, has launched a paid German service. It is the third European language after Spain and France. With its service in Germany, which is considered the largest cartoon market in Europe, Naver would accelerate efforts to gain a bigger share in the global webtoon market.

Web cartoons, widely known as webtoons or webcomics, are digital comic books created to fit into web or mobile platforms. South Korea is the birthplace of webtoons, with its digital comic books gaining popularity abroad. Popular digital comics have been recreated into various content including games, TV dramas and films.

"Naver Webtoon is creating a webtoon ecosystem throughout the world and serves as a 'cross-border platform' that connects content from one region to another," said Naver Webtoon head Kim joon-ku. "We will work with local creators to establish webtoons as an important axis of the German cultural industry." Naver Webtoon will first release about 20 works in German that have been well-received in the West.

Naver has diversified its business portfolio to cover online shopping, entertainment, web cartoons and content services while acting as a key player in developing new technologies such as in-vehicle infotainment and cloud computing. In January, Naver took over Wattpad, a Canada-based website and app for writers to publish new user-generated stories, to strengthen and diversify its content service targetting the global market.