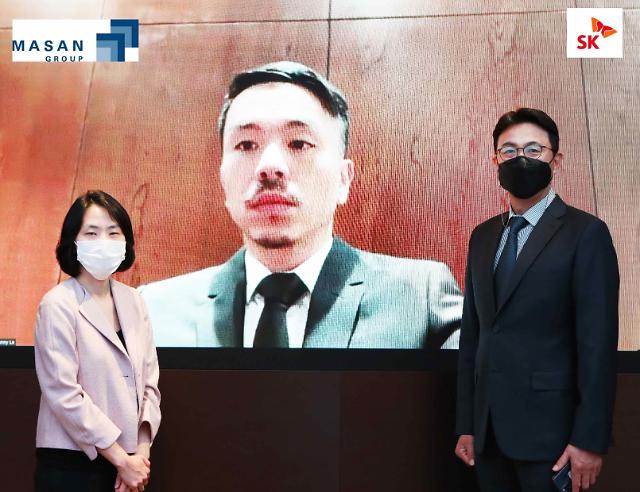 
SEOUL -- South Korea's third-largest conglomerate SK Group acquired a 16.3 percent stake in VinCommerce, a top retail company in Vietnam, for $410 million, in a deal that underlined a group-wide strategy to expand its presence in the Southeast Asian nation.

VinCommerce controls 50 percent of Vietnam's retail market and operates about 2,300 convenience stores and supermarkets. Masan Group, a diversified private-sector group with a focus on food and beverage, acquired an 83.7 percent stake in VinCommerce in December 2019.

SK Group said it has exercised its selective priority investment right it acquired in 2018 when the South Korean group forged a strategic partnership with Masan by purchasing a 9.5 percent stake in the Vietnamese group. A contract was signed in an online ceremony on April 6.

VinCommerce is expected to grow into an omnichannel operator that combines online and offline businesses like Alibaba and Amazon, SK Group said, describing the acquisition of its stake in the Vietnamese retail company as an investment in a future distribution value chain that would grow in Southeast Asian markets.

"VinCommerce has succeeded in strengthening its sales network and improving sales efficiency through customer-centered management," VinCommerce CEO Truong Cong Thang was quoted as saying. "SK's investment will be the starting point for VinCommercer to take another leap forward in the Vietnamese market."

SK Group said it would use its strategic partnership with Masan to accelerate investments in strategic areas in Vietnam such as online and offline distribution, logistics and electronic payment. "Masan Group is the best partner for success in the Vietnamese market," said SK's Southeast Asia investment head Park Won-cheol.

Like other South Korean companies, SK Group hopes to use Vietnam as a springboard for its business expansion in Southeast Asia. In 2019, the group acquired a 6.1 percent stake in Vingroup JSC, a major private-sector group in Vietnam. They agreed to make a joint investment in new businesses, participate in the privatization of state-owned companies and push for strategic mergers and acquisitions.