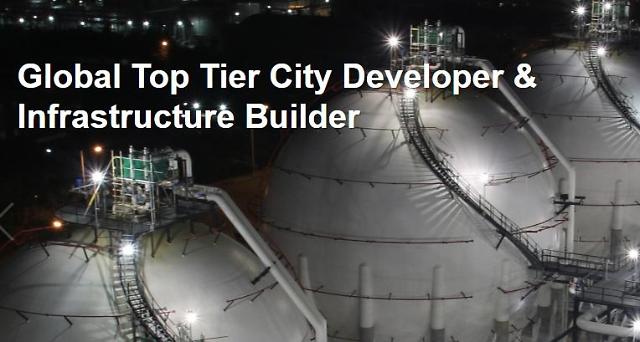 
SEOUL -- SK Engineering and Construction joined hands with the operator of nuclear power plants in South Korea to push for the overseas expansion of convergence business based on solid oxide fuel cells, which are now emerging as a fast-growing fuel cell segment thanks to energy diversification and the employment of alternative energy sources.

Solid oxide fuel cells (SOFC), which are an electrochemical conversion device that produces electricity directly from oxidizing a fuel, have a wide variety of applications, from use as auxiliary power units in vehicles to stationary power generation. Experts consider SOFCs to hold the greatest potential of any fuel cell technology due to their extremely high electrical efficiencies and low operating costs.

A solid oxide electrolyzer cell (SOEC) runs in regenerative mode to achieve the electrolysis of water by using a solid oxide, or ceramic, electrolyte to produce hydrogen gas and oxygen. Electrolysis is the most promising method of hydrogen production from water.

SK E&C is developing SOECs with Bloom Energy, an American public company, as part of their SOFC joint venture. Bloom Energy produces SOFCs and power generators under a government incentive program for green energy, which is produced from water using renewable power.

SK E&C and KHNP will actively cooperate in entering overseas markets for SOFC-based convergence business and operate eco-friendly and low-carbon business models that enable the self-sufficiency of energy in an industrial complex in the southern city of Changwon.