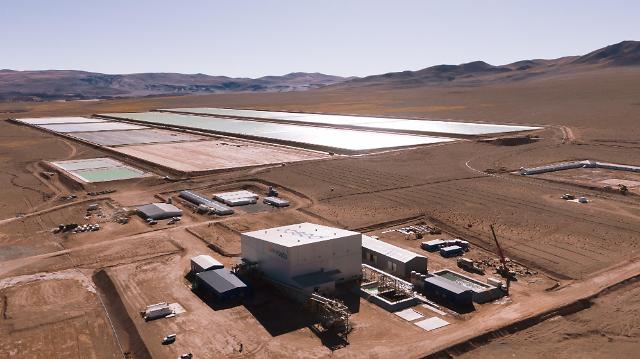 SEOUL -- South Korea's steel group POSCO has completed preparations for the commercial production of lithium hydroxide, an inorganic compound used for electric vehicle batteries. A dedicated factory will be built in the southern industrial port city of Gwangyang by 2023.

In partnership with the Research Institute of Industrial Science and Technology, POSCO has launched a project to acquire lithium extraction technology. By running a test facility in Gwangyang for the last two years, the group has accumulated operational data and know-how.

The steel-making group said in a statement on April 14 that its plant in Gwangyang can manufacture 43,000 tons of rare metal annually by 2023 using the new extraction technique to collect lithium from ores imported from Australia.

POSCO is set to break ground for a lithium factory with an annual capacity of 25,000 tons near a salt lake in Argentina this year. The group aims to produce 220,000 tons of lithium per year by 2030.