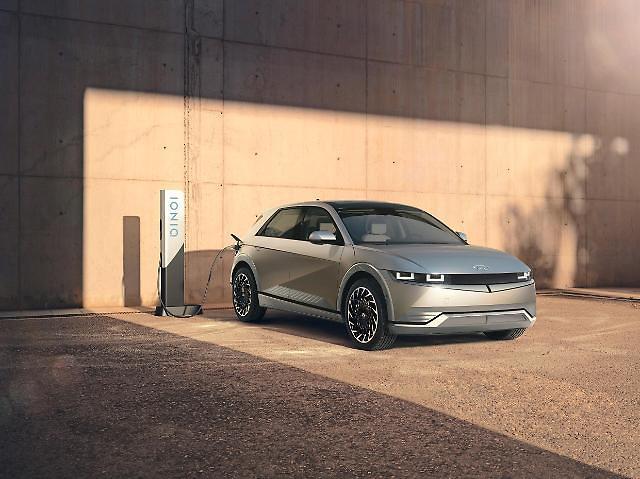 SEOUL -- South Korea's laborious run to beat Japan has been in full swing in the race to establish some international standards for a charging system that enables wireless power transmission while an electric vehicle is stopping or running.

An online conference involving some 30 experts from South Korea and seven other countries such as the United States, Germany, Switzerland and Israel was held on April 15 to discuss international standards for high-power wireless charging technologies while an electric vehicle is not moving, according to the Ministry of Trade, Industry and Energy.

The meeting focused on discussions on wireless charging coils, which are vital in the wireless charging system, the ministry said. The efficiency of power transfer is closely related to primary and secondary coils, their sizes, materials as well as distance. The proper selection and positioning of transmission and receiver coils have a major influence on the efficiency of power transmission.

South Korea has proposed high-power wireless charging technologies over 50 kilowatts that can charge up to 80 percent of the battery capacity in about an hour. An electric vehicle can cover a distance of up to five kilometers (3.1 miles) even with a minute of charging while waiting at intersections.

Wireless charging while driving will be applied first to buses that rotate on fixed routes, the ministry said, adding that South Korea regards wireless charging as a catalyst for the spread of electric vehicles.

"South Korea will be able to lead the international standardization of electric vehicle wireless charging technology based on innovative technologies," KATS head Lee Sang-hoon said in a hopeful voice. "As automobile-related companies are increasingly interested in wireless charging infrastructure for electric vehicles, we will preempt international standards to help Korean companies enter the global market."

The Korea Advanced Institute of Science & Technology (KAIST) has developed the so-called shaped magnetic field in resonance (SMFIR) technology that enables the safe transfer of a large amount of energy from a power grid under the road to electric vehicles at rest or in motion.

WiPowerOne, a KAIST spin-off company, has tested SMFIR technology at the KAIST campus in the central city of Daejeon. The wireless charging system is also on trial in Dubai. WiPowerOne has launched a special demonstration to verify the safety and effectiveness of its wireless charging service using 85kHz frequency.