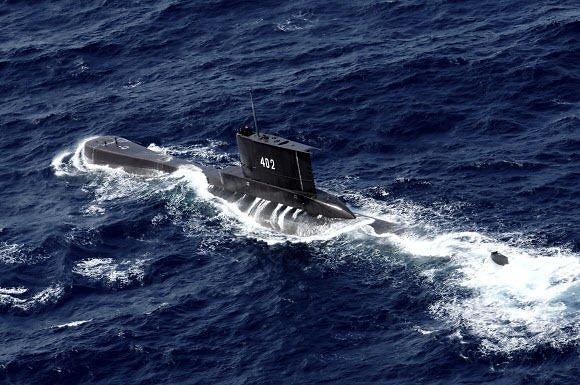 SEOUL --  A South Korean rescue ship is ready to depart if Indonesia requests rescue assistance for a submarine that went missing with 53 crew on board, on special order from Defense Minister Suh Wook. South Korea operates a 3500-ton rescue and salvage ship equipped with a remotely operated underwater vehicle and side-scan sonar.

South Korea is willing to support Indonesia's search and rescue activities "by all available means," the defense ministry said, describing the Southeast Asian country as a major defense partner based on special strategic partnerships. South Korea has already sent its intention through a diplomatic channel, but Indonesia has yet to clarify its position, the ministry said.

Indonesia has not detected any signs of the 44-year-old diesel-powered submarine, KRI Nanggala-402, which was conducting a torpedo drill north of the island of Bali before it went missing. Australia and other countries in the region have offered to help. Singapore has deployed a submarine rescue vessel. The 1,395-tonne submarine was built in Germany in 1977 and joined the Indonesian fleet in 1981. It was refit by DSME in 2012.