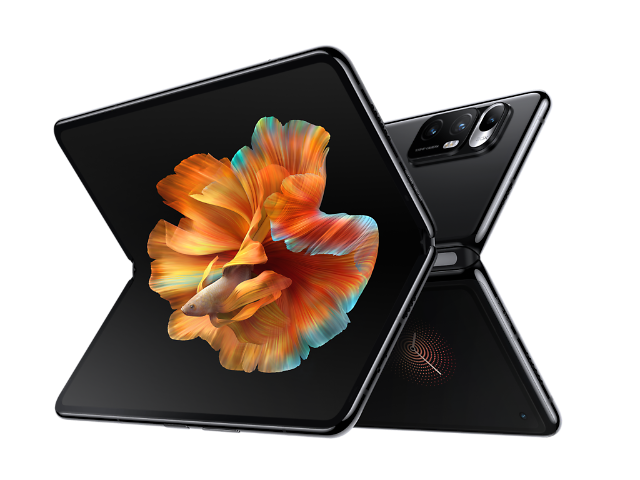 
SEOUL -- Kolon Industries, a chemical and textile manufacturing company in South Korea, has supplied transparent and flexible polyimide films for the cover window of Xiaomi's first foldable smartphone, Mi MIX FOLD, which was put up for online sales in China in April.

With their heat resistance and flexibility, transparent polyimides have been adopted for flexible displays. Kolon has developed colorless polyimide (CPI) films as an alternative to glass displays, saying they have better price competitiveness and can implement quality optimized for customers' needs.

Kolong said CPI films can be used with touch pens and have durability suitable for bigger foldable displays such as tablets and laptops. Kolon's CPI films were used for foldable laptops unveiled by Lenovo, a Chinese technology company.

"With the emergence of various and complex form factors such as rollable phones, multi-folding, and medium and large foldable displays in the future, demand for CPI films will increase because of their good price-competitiveness, easy design, processability and durability," said Kolon's CPI film business head Kim Jong-il.

CPI films are seen as a game-changer in the display market, but they are prone to scratches and creases that are created when folded and unfolded repeatedly over a long time. Also, some users find it not clear or transparent enough compared to glass displays.

Samsung Display has commercialized ultra-thin glass (UTG) for foldable displays. UTG used for Samsung's second foldable phone is more durable than CPI films used in Samsung's first foldable phone, Galaxy Fold. UTG offers many advantages over plastic or silicon. Hardened UTG is scratch-resistant and bendable and shows no signs of fatigue, making it an ideal substrate or encapsulant for OLEDs.

The downside of CPI was clearly shown in Galaxy Fold when its mass-produced version was handed to reviewers in 2019. Galaxy Fold was criticized for the weak durability of its display, prompting Samsung to postpone its release and reinforce display and hinge.