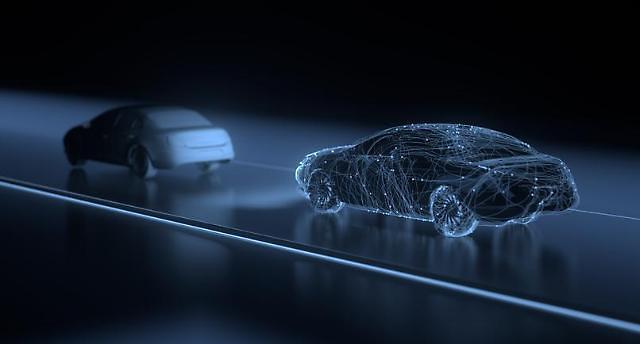 
SEOUL -- Researchers have developed a technology that can make a LiDAR system as big as a finger using nanophotonic technologies. LiDAR, which measures distance by illuminating the target with laser light, is a key component of self-driving vehicles. It is sometimes called laser scanning or 3D scanning that uses eye-safe laser beams to create a 3D representation of the surveyed environment.

The new LiDAR technology was developed by a research team led by Rho Jun-suk, a professor of mechanical engineering at Pohang University of Science and Technology (POSTECH). The team's research paper was published on the website of Nature Nanotechnology, a peer-reviewed scientific journal.

"The research team is conducting several follow-up studies to develop ultra-small composite LiDAR technology based on metasurfaces," Rho said. "If this research is successful, a high-speed ultra-precision LiDAR device, which is about the size of a finger, will be implemented cheaply." A metasurface is an artificial nanostructured interface that has subwavelength thickness and that manipulates light by spatially arranged meta-atoms.

Rho's team said the new technology can be expanded not only to self-driving cars but also to intelligent robots or drones, three-dimensional panoramic cameras, CCTV and augmented reality platforms.

LiDAR has relied on light sources and detectors mounted on multiple mechanically rotating optical transmitters and receivers to cover an entire scene, Roh's team said in its research paper, adding that such an architecture gives rise to limitations in terms of the imaging frame rate and resolution.

"We examine how novel nanophotonic platforms could overcome the hardware restrictions of existing LiDAR technologies," the team said. "We address the upcoming physics and engineering challenges that must be overcome from the viewpoint of incorporating nanophotonic technologies into commercially viable, fast, ultrathin and lightweight LiDAR systems.