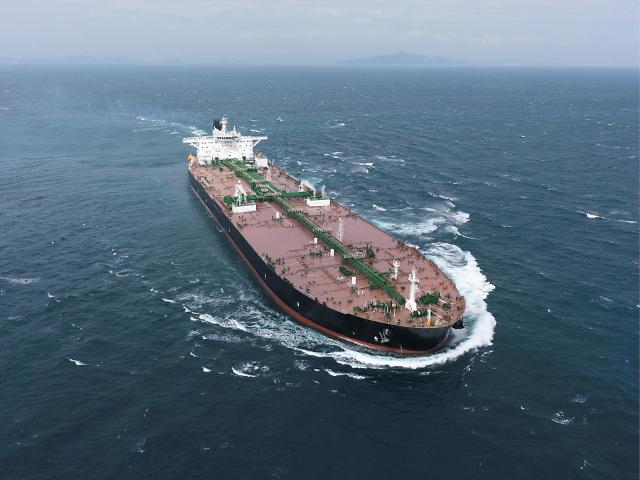 SEOUL -- Daewoo Shipbuilding & Marine Engineering has secured an order worth $330 million from Eneti, a Monaco-based company specializing in offshore wind farm construction and services, to build a wind turbine installation vessel that would be delivered in the third quarter of 2024.

Wind turbine installation vessels (WTIVs) have specific needs, different from traditional oil and gas-focused offshore operations. Demands for offshore wind power generators are growing thanks to a global trend to accelerate the adoption of renewable energy and reduce greenhouse emissions.

The vessel to be built by Daewoo Shipbuilding & Marine Engineering (DSME) will be 148 meters long and 56 meters wide. It can carry five large offshore wind generators at once. Generators can be installed up to 65 meters deep. The ship uses seven thrusters and GPS to pinpoint the installation point, lower a jacking system to the seafloor, and install the offshore wind generator with a 2,600-ton crane.

Eneti said in a statement posted on its website that the vessel is capable of installing up to 20-megawatt turbines and can be adapted to operate on the alternate fuels of liquefied natural gas or ammonia. Compared to other alternative fuels, ammonia is seen as a more suitable ship fuel for the post-carbon era due to its stability in supply and relatively easy storage and transportation. Ammonia requires less storage volume than hydrogen and is cheaper to make than synthetic carbon fuels.

In response to tightened international regulations, South Korean shipbuilders work hard to develop new technologies and secure a competitive edge in eco-friendly vessels. DSME would use an NG-16000X design developed by Gusto MSC, a Dutch design and engineering company. The deal contained an option to build an additional vessel. The deal with Eneti brought DSME's total orders so far this year to $2.54 billion for 25 ships or 33 percent of this year's goal of $7.7 billion.