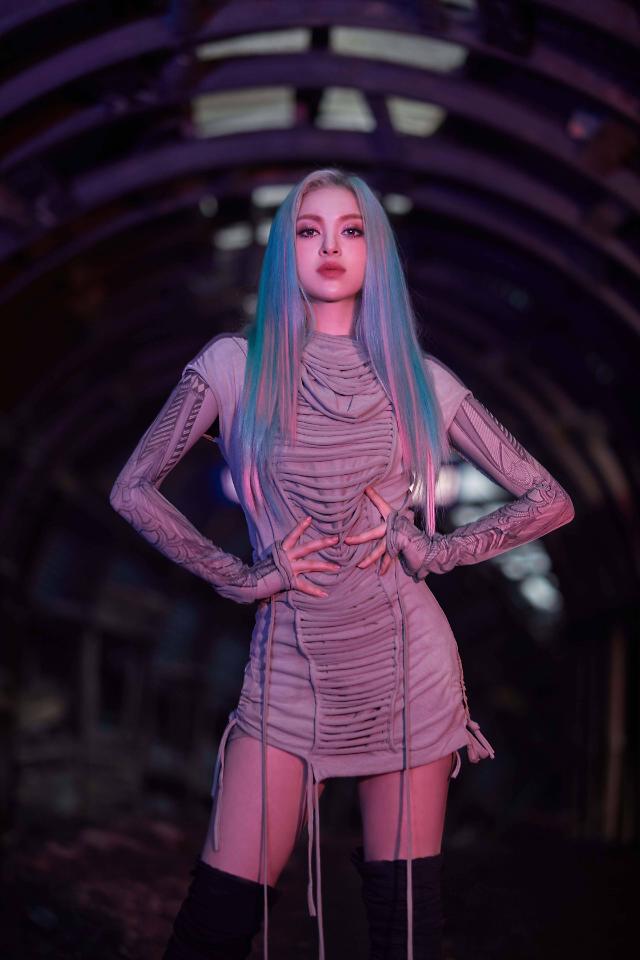 
SEOUL -- K-pop artist Alexaundra Christine, better known by her stage name AleXa, will collaborate with Kuwaiti-Saudi artist Bader AlShuaib as part of Spotify's global artist program, RADAR, which is designed to help emerging artists reach the next stage in their careers and strengthen their connection to listeners.

AleXa would be the first RADAR KOREA artist to participate in a cross-border collaboration project on Spotify, the world's most popular audio streaming subscription service, which provides artists taking part in RADAR with resources and access to integral marketing opportunities to help them boost their careers.

Spotify said its first RADAR KOREA artist AleXa would work with Bader AlShuaib, a RADAR MENA artist, on "Is It On," a new collaborative single to be released on May 21. MENA is a region referring to the Middle East and North Africa.

"Is It On" is a K-pop style track with high energy based on a distinctive reggaeton rhythm with a fresh melody line and a catchy lead sound and a drop, Spotify said. Reggaeton is a music style that originated in Puerto Rico during the mid-1990s. The track will be fully owned by both artists’ labels.

Spotify said it has overseen the project spanning from connecting the two to marketing support that includes the cost of production. on-platform promotion, a billboard placement in New York Times Square as well as social media support to maximize exposure and drive listenership globally.

"I'm so grateful for this collaboration. It’s a fresh, never-heard-before mix of cultures and sound. I really can’t wait for our fans all over the world to hear this track," AleXa was quoted as saying. She was born and raised in Tulsa, Oklahoma, to a mother of Korean descent and a father of American-Russian descent. In 2019, she made her solo debut with the digital single album "Bomb."

"This project is the child of globalization and my personal love for Korean Pop culture. AleXa is an extremely talented artist and together I believe we created the coolest cross-cultural collaboration, ever," said Bader.

With K-pop being a dominant genre in the MENA region, the new RADAR collaboration aims to amplify music with the potential to crossover, Spotify said, adding that the collaboration would ultimately give both artists global exposure and help them expand their audiences across borders.

"In testament to the global impact of K-pop, our team has dedicated a lot of time and resources into making the first RADAR collaboration featuring a K-pop artist come true," said Andy Sloan-Vincent, who heads Spotify’s global music programs and oversees RADAR programs.
"Music has no borders. Spotify will continue to enable cross-collaboration of rising artists from different regions, helping to connect K-pop with the world in creative ways."