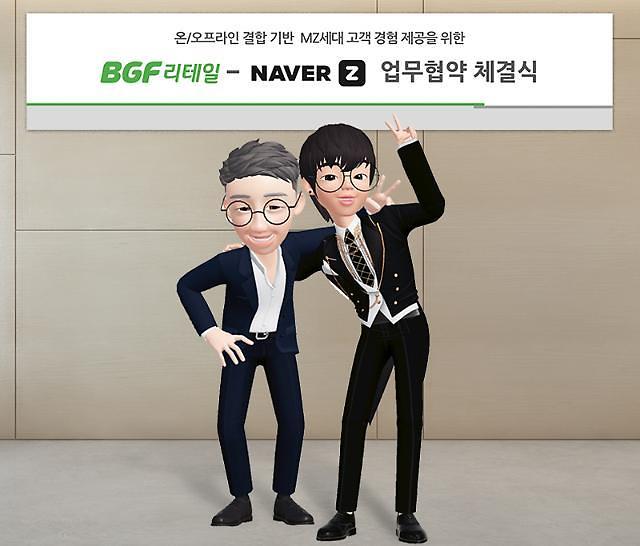 
SEOUL -- The operator of South Korea's top convenience store chain CU will open a virtual reality convenience store at ZEPETO, a popular smartphone app that allows users to create 3D avatar characters and interact with others while operating a variety of clothing and accessories for decoration. The VR store targets Zoomers (Generation Z) who are familiar with mobile-based new technologies.

BGF Retail said it would open a CU store in the form of an open rooftop on a popular ZEPETO map in August. Users can use parasols and tables on the terrace of the store and make coffee or eat instant noodles like in real stores. There would be a busking space where avatars can perform songs, dance and watch the stage. The chain would open virtual reality stores sequentially on other maps.

"We are trying to create an environment where Generation Z, a key convenience store customer, can experience CU's products and services interestingly anytime, anywhere," BGF Retail CEO Lee Keon-jun said in a statement on May 26. "We will actively promote cooperation with various channels to steadily introduce CU's differentiated content in line with a rapidly changing trend."

Thanks to its growing popularity among young people, ZEPETO has attracted a series of investments. In 2020, the agency of BTS and its domestic rival, YG, invested in the platform to use its augmented reality (AR) avatar service. BLACKPINK has collaborated with ZEPETO to provide characterized models. Through a 3D character creation studio app, users can take selfies with BLACKPINK members using AR technology.