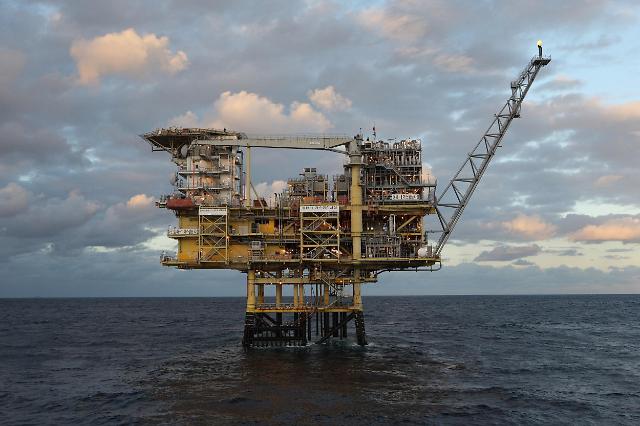 
SEOUL -- South Korea's national oil and gas company kicked off a demonstration project involving private companies and state research bodies to transport and store captured carbon dioxide into a waste gas field in the sea between Japan and the Korean peninsula. South Korea aims to collect some 10.4 million tons of carbon dioxide by 2030.

Carbon capture and storage (CCS) is the process of capturing waste carbon dioxide, transporting it to a storage site and depositing it where it will not enter the atmosphere. The aim is to prevent the release of large quantities of CO2 into the atmosphere from heavy industry and limit climate change.

SK Innovation joined a demonstration project launched by Korea National Oil Corporation (KNOC) to store 400,000 tons of carbon dioxide annually from 2025 into a gas field stratum, which is scheduled to end production in June 2022. Captured carbon dioxide will be transported through a pipeline to a waste gas field off the southeastern industrial port city of Ulsan.

SK Innovation will try to acquire optimal CCS technology, while SK Energy, an oil refining subsidiary of SK Group, will apply CCS technology to its hydrogen plant in Ulsan. In March, SK Innovation and SK Energy agreed to join an EU-funded carbon capture project and explore opportunities for their entry into overseas CCS markets.

"It can kill two birds with one stone by reducing demolition and investment costs and actively participating in the decarbonization policy," KNOC CEO Yang Su-yeong said, pointing to KNOC's involvement in the development of CCS technologies and a floating wind farm using an offshore gas platform, which is to retire in June 2021.