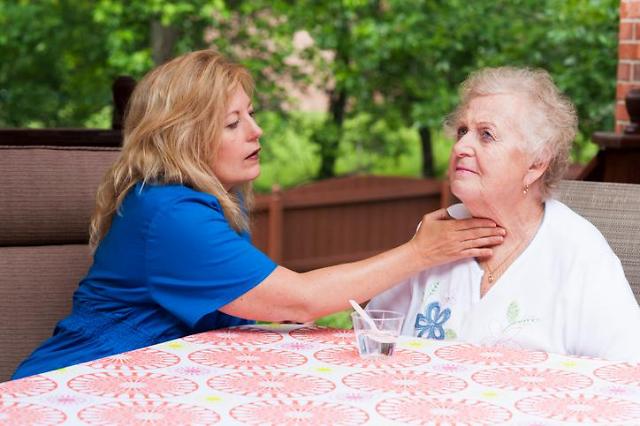 
SEOUL -- South Korea's biggest telecom company KT has embarked on a project to develop an artificial intelligence technology that can diagnose signs of dysphagia, the medical term for swallowing difficulties. The technology will be used for disease prevention and rehabilitation.

According to data released by the Seoul National University Hospital in Bundang, about 33 percent of people aged more than 65 suffer from symptoms of dysphagia. The swallowing disorder results from various causes including a problem with a person's neural control or cancer. It can lead to serious situations when food enters the airway to cause suffocation or pneumonia.

KT said in a statement on May 30 that the company partnered with the Korean Dysphagia Society, a society of doctors and researchers specialized in the detection and treatment of dysphagia, to cooperate in the development of a detection system and rehabilitation program.

"The research cooperation with KT will help people enjoy their good-quality lives in the aging society," Korea Dysphagia Society head Park Yun-gil was quoted as saying. He said the early detection of dysphagia is very important to prevent related illnesses.

KT said that its detection system would be released as a smartphone app for easy access. The app will use artificial intelligence to analyze patients' voices and diagnose the seriousness of dysphagia. KT and medical researchers will develop a suggestion program for "pureed" cooked ingredients blended to make a sticky compound for those suffering from serious symptoms.