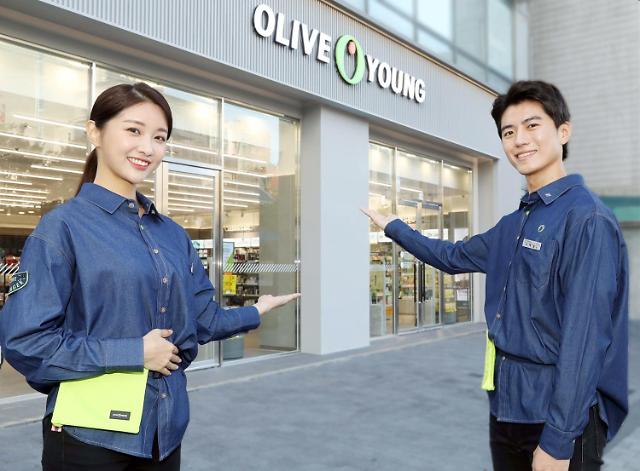 According to data released by the trade ministry, K-beauty exports to Japan jumped 58.5 percent on-year in 2020. About 64.7 percent of teenage female consumers use K-beauty products, up 6.8 percent point from 2018. The recent popularity was boosted by the increased number of K-drama lovers during a coronavirus pandemic. The great success of K-pop bands including BTS also boosted the popularity of K-beauty products. K-drama "Crash Landing on You" was the most popular drama content on Netflix in Japan in 2020.

A 2021 global cosmetics market survey conducted by Statistica, a global market research firm, showed that 46 percent of Japan's population has used an online shopping service at least once as of 2017. Among those who had shopped online, 61 percent were consumers aged between 15 and 24.

Olive Young's Japanese service paved the road for consumers in Japan who mainly visited offline stores to buy cosmetics. Consumers preferred to try on samples before making a purchase. Olive Young started selling cosmetics products through Rakuten, one of Japan's top online shopping services, in 2019 but its products were shunned by consumers who prefer shopping in offline stores.
© Aju Business Daily & www.ajunews.com Copyright: All materials on this site may not be reproduced, distributed, transmitted, displayed, published or broadcast without the authorization from the Aju News Corporation.