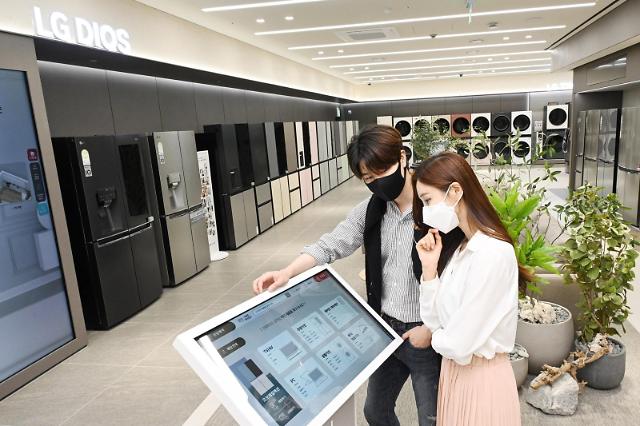 Various types of polymers and plastics are used in the production of home appliances because such materials are cheap and durable. Home appliance makers prefer plastics because they can be molded into virtually any shape of any color.

The environment ministry said in a statement on June 1 that it signed a cooperation agreement with LG Electronics and the Korea Zero Waste Movement Network, an environmental civic group, to reduce the use of plastics in the production of home appliances. "It is important for the government and private companies to join forces in order to create a circular economy," Vice Environment Minister Hong Jeong-kee was quoted as saying.

LG Electronics proposed the reduction of plastics by 1,050 tons and Styrofoam by some 10,000 tons in 2021, saying it would replace at least 30 percent of plastic parts with recycled or reused plastics. The company will introduce a soundbar model with its exterior made of recycled polyethylene terephthalate (PET) bottles.

As part of its green campaign, LG said it will replace Styrofoam used for packaging with shock-absorbent made of paper and other renewable materials. LG will also increase the production of organic light-emitting diode (OLED) TVs because OLED display panels have about 70 percent less plastic components compared to liquid crystal displays (LCDs).