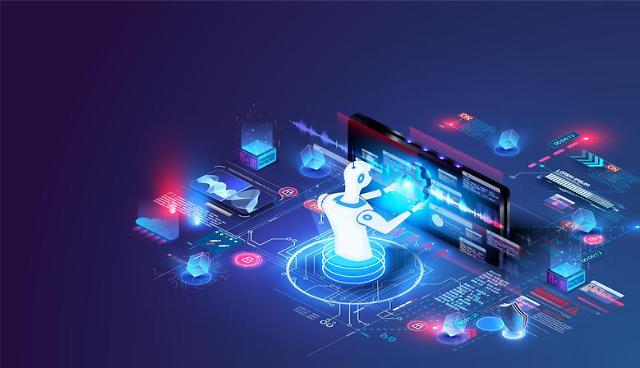 SEOUL -- An artificial intelligence system named "DABUS" suffered another setback after South Korea refused to accept it as an investor, but the creator's unyielding challenge sparked fresh shock and awareness of legal preparations for AI patentability in the face of exponential changes being created by a new industrial revolution.

South Korea's patent office shared decisions made by other countries in rejecting an international patent application submitted by DABUS, which was allegedly created by Stephen Thaler, an American doctor of physics, saying an AI system is not eligible to be named as an inventor. The May 17 request is related to two patent applications: a fractal beverage container and fractal light signals respectively.

The Korean Intellectual Property Office (KIPO) pointed out defects in the format that listed AI as an inventor and sent a correction request to Thaler. Unless the applicant complies with KIPO's request within two months, the patent application will be invalid. The applicant can file an administrative lawsuit.

"Korean patent laws and related precedents only recognize a natural person as an inventor, so companies, corporations and devices cannot be marked as inventors," KIPO said in a statement on June 3. "This principle is also the most basic and common concept adopted by all countries," the patent office said, aligning views with its U.S. and European counterparts which have refused patent applications naming DABUS as an inventor.

However, KIPO was not completely negative and put forward a creative proposal for legal measures. "If AI develops, there may be a situation where AI must be recognized as an inventor someday," Kim Ji-soo, a KIPO director, was quoted as saying. "With this case, KIPO will speed up discussions on AI inventions and try to implement an intellectual property system that properly responds to the coming era of the 4th industrial revolution."

If AI creates an invention like a human being due to technological advances, there could be a strange situation in which people and AI cannot be inventors or rights holders, KIPO said, calling for the establishment of an advisory committee of experts for discussions on whether AI should be recognized as a co-inventor or a sole inventor, who will be considered the right holder among AI developers, owners and users, or whether AI invention rights should last longer than human inventions.

Furthermore, KIPO promised to actively participate in international discussions through the World Intellectual Property Organization and IP5, a forum of five big patent offices in the U.S., the European Union, Japan South Korea and China.