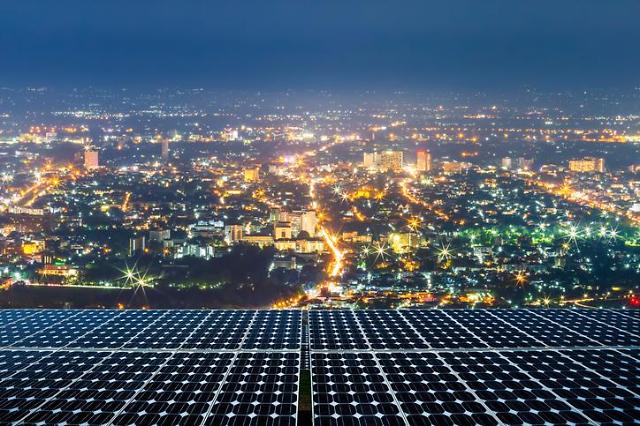 SEOUL --In an effort to go completely carbon-zero by 2050, the southern port city of Ulsan will lead a state project to establish a data platform for distributed energy systems. The platform will collect energy-related data in real-time to help power plant operators efficiently manage and optimize their energy systems, including a virtual power plant.

A virtual power plant (VPP) consists of interconnected units of medium-scale power generating units such as solar power plants, wind farms, and micro hydropower plants harnessed by a decentralized network. A VPP can reduce the load on existing power grids by sharing electricity during peak load times. It can also provide power to local areas. Electricity generated by a VPP can be traded.

Ulsan said in a statement on June 7 that the city was selected by the Ministry of Trade, Industry and Energy to lead a consortium involving companies and organizations including SK Gas, a major natural gas provider, and the Korea Institute of Science and Technology, formed to establish a data platform for distributed energy systems. The 6.4 billion won ($5.7 million) state project will go through a three-step process by 2023 to vitalize the new energy business sector.

The platform will interconnect networks of small and medium-sized power plants and provide operational data in real-time. Business operators can utilize their power plants based on the data to maximize efficiency. The platform will be able to precisely predict the energy output and usage that vary depending on the weather and usage patterns.

South Korea is undergoing a structural reform in order to achieve energy conversion and carbon neutrality by 2050. The government revealed a roadmap in November 2020 for the commercialization project of a 400 megawatt-class hydrogen gas turbine. The turbine, scheduled for commercialization in 2040, will replace internal fuel combustion power generators at thermal power plants.