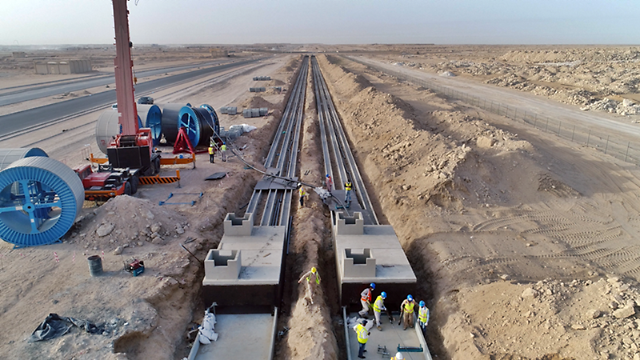 The order came from Qatar General Electricity & Water Corporation (Kahramaa) that regulates and maintains the supply of electricity and water in the Middle East country. Taihan said it would establish a power grid to supply electricity across Qatar under a full turn-key project that not only supplies products but also engineering and completion examination.

Taihan said the deal underlined its superior technology and quality in the global market. "It's very meaningful as we won a deal for Facility E, an important government project in Qatar, through fierce competition with global companies from Europe and Japan," an unnamed Taihan official said in a statement on June 11.

It marked Taihan's first major order under the control of Hoban, a mid-sized conglomerate in South Korea, that completed the acquisition of the power cable and grid infrastructure company in May. Taihan produces an ultra-high-voltage power cable system that is used to connect with a wide-area transmission network.