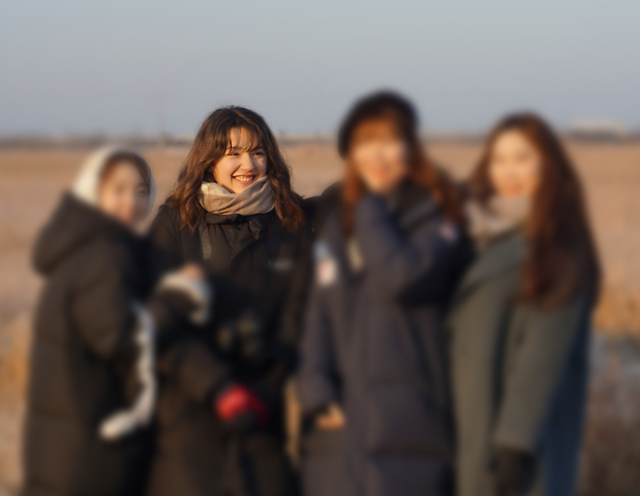 SEOUL -- On a beautiful, warm day in May, as a fresh breeze of royal azaleas swiped through the streets, Michaela Misun Zueger showed up at Harmony Road in Songdo, South Korea. She boasted big, bright hazelnut eyes, caramel brown hair, and long legs that caught attention.

Zueger is a confident young woman in her early 20s, born to a Swiss father and a Korean mother. Currently, she is working in the Overseas Healthcare Business Team of EDGC, a global genomic company. And even though she had only spent two years of her childhood in South Korea, her talent for the Korean language is surprising.

"My mother always taught me Korean history and made me study the language. As a result, I spend a lot of time thinking about the connection between Switzerland and Korea from a young age," said Zueger.

Her desire to get to know her mother’s homeland more profoundly made her leave Switzerland and move to South Korea. EDGC made her dream come true by offering her a once-in-a-lifetime opportunity.

"My cousin is studying biotechnology in Finland, so I have been interested in genetics from an early age. Then, during an interview at EDGC, I was recognized for being able to speak five languages: German, Spanish, English, Korean, and Swiss," Zueger said. 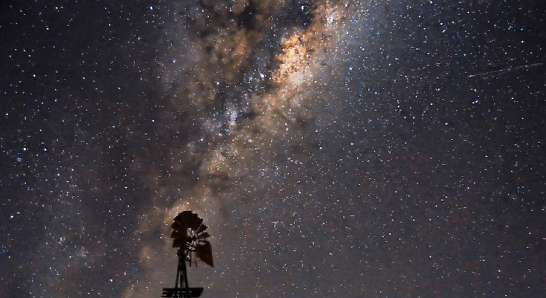 -- Discovering the hidden footsteps of her ancestors through YouWho: It is a journey to find my one and only star in a sea of hundreds of billions of stars --

Back in Switzerland, Zueger enjoyed sledding down from the top of the mountains to her village. The night before leaving Switzerland, she took her sled out and made her way to the mountains one last time. "There are times when you want to observe the stars in the sky on a dark night. I think I wanted to reflect on the life I had chosen while looking at the stars in the night sky."

While racing down a hill on her sled, Zueger felt the cold air on her face and in her hair. Arriving at the bottom, she took one last rest and fell on the white, soft snow. She took a deep breath while lying on her back with her head facing the sky. She remembered the night very well, the sky was full of millions of stars and without a single cloud. It felt like the blessing of the Alps.

The next day, she left Switzerland and flew to South Korea like a dandelion spore. 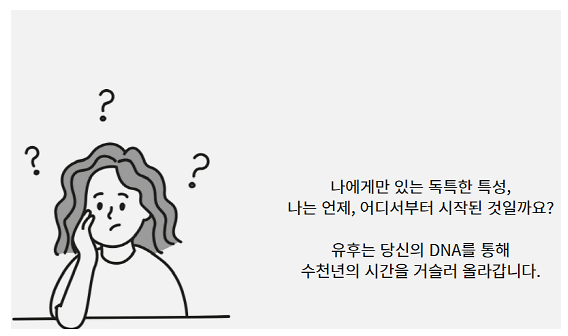 
-- Western people are starting to wonder about their history --

The fact that Korea and Japan are close yet distant countries is also proven through DNA. Although they have often clashed historically, YouWho showed that they shared the most genetics. "European and white people are very interested in their roots. They are very proud in their family name as it follows a long path and kept over decades," said Zueger.

One can assume that the reason Zueger chose to come to South Korea may be due to her underlying longing to know the other half of her roots. Learning about her origins has to do with self-respect. Experiencing Europe and South Korea, and knowing the Eastern and Western culture, can be a positive factor. But sometimes, it can also cause an identity crisis from time to time.

YouWho, launched in February 2020, is a blood analysis service approved by the Ministry of Health and Welfare. It is the first one of its kind to be approved in South Korea.

YouWho provides additional information on the characteristics of different races and countries by analyzing individual racial distribution among 95 countries of 22 ethnic groups on six continents around the world. Thereby, customers can acquire interesting content such as the history and key information of the race to which they belong. 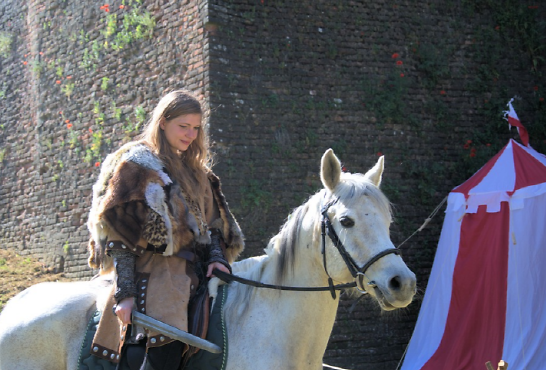 -- Traces of ancestors found with a drop of saliva. From Africa to Korea. There may be traces left by Viking ancestors in Korean DNA. YouWho is an experiential content service that analyzes the traits of time accumulated in a family's DNA to expand the depth of thought --

Her paternal family, the Zuegers, settled in the present-day capital of Bern in 1291, and a permanent alliance between powerful families was formed to obtain autonomy. The prestigious family participated as witnesses in the Treaty of Basel, which defeated the Holy Roman Empire and gained independence in 1499, the Treaty of Westphalia in 1648, and the declaration of permanent neutrality through the Vienna Conference in 1815. The family crest bears a symbol with three fingers swearing an unfalsified testimony to God and the Bible.

Through YouWho, Zueger discovered an astonishing fact. Her family was not orthodox Helvetic. She was of Russian Siberian (about 14 percent), Mongolian (about 13 percent), Korean (about 11 percent), Japanese (about 5 percent), Eastern European (13 percent) and Finnish (12 percent) inheritance. Among the genes, Finland surprised her the most.

"I am a female, therefore I have the XX chromosome, meaning that I inherited one X chromosome each from my mother (XX) and father (XY). However, my Finnish and Siberian ancestry was strange, so I recommended YouWho to my father," Zueger said.

The results showed that her father had strong Finnish and Swedish blood. Unexpectedly, Zueger discovered her family lineage secret.

"Our ancestors originated in Africa, and we started migrating to the north 70,000 years ago. Here, the Zueger clan changed direction from North Africa and the Middle East to the North while my mother’s maternal bloodline changed direction to the East. Time passed, and the Zueger clan moved to Sweden and Finland, later settled in Germany during the German invasion of Rome. The clan helped the Helvetic, a branch of the Celts who were fighting against Rome, resulting in the final settlement of the Zueger clan in Switzerland," said Zueger.

"My mother, on the other hand, has strong Siberian and Mongolian blood. Judging from this, my mother’s bloodline is presumed to be a clan of the Scythians, the Equestrian people who brought iron tools to Korea," she said.

YouWho tracks, analyzes, and informs the genetic mutations summed up over decades like tree rings in mitochondrial DNA, enabling her to make such assumptions. 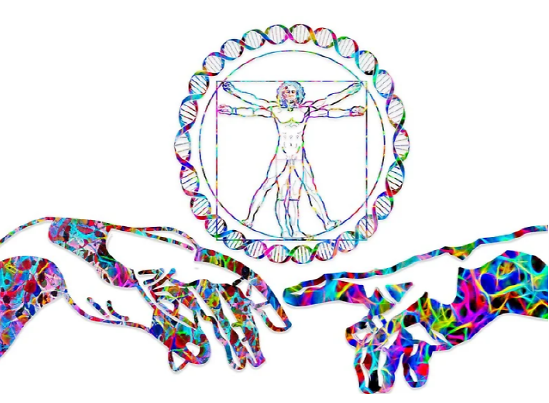 YouWho tells the history of the DNA that makes up the customer from hundreds of thousands of years to the present day in 2021. Google's subsidiaries, such as 23andme and Ancestry, have attracted 26 million American consumers in 2019 alone, and are expected to exceed 100 million by the end of this year.

The future value of the company is so significant that 23andMe will be listed on the New York Stock Exchange through a merger with Virgin Group and SPAC (VG Acquisition Corp) created by Richard Branson. "Actually, finding ancestors, or ancestry analysis, is only part of YouWho’s absolute value," an EDGC official told Aju Business Daily.

The true essence of YouWho lies in the value of big data that realize genome-based ultra-precision medicine, digital healthcare, and life technology. It is intended to be predictable. Since former U.S. President Barack Obama announced the Precision Medicine Initiative in 2015, the global health care community and industry have been racing to establish concrete action plans. Through the convergence of digital technology and healthcare centering on ICT, the scope, efficiency and effectiveness of healthcare are dramatically increasing.

"The target here is to reduce astronomical medical costs and promote the revitalization of the global market, which has already reached its limit with the new industrial revolution. However, artificial intelligence (AI) and omics data are needed to converge ICT, healthcare, and life technology into one," the official said.

Omics data refers to genomic and proteomic information. YouWho is a big data platform that can realize precision medicine and digital healthcare by linking with clinical data, lifelog data, and various healthcare devices.

"YouWho is currently only providing limited services due to government regulations. However, as the sandbox regulation is lifted, it is possible to evolve into precise early diagnosis of cancer, customized digital healthcare, new drug development, and smart care with the consent of customers at any time. In other words, it is an innovation that will change the paradigm of digital healthcare, and it is the only platform in Asia that has the same explosive potential as Bitcoin," the EDGC official said. 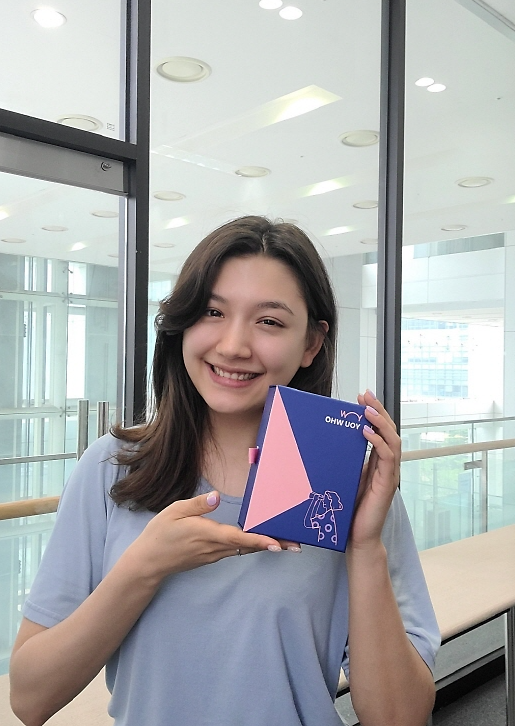