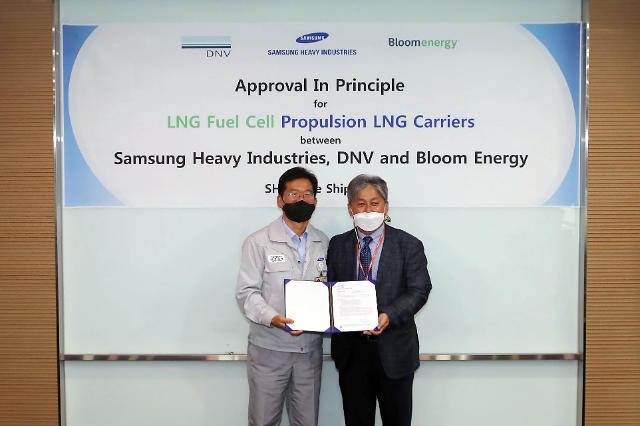 The fuel cell-powered LNG carrier does not require internal combustion engines as well as devices that use oil, SHI said, adding the eco-friendly vessel can effectively respond to strengthened environmental regulations as it does not generate harmful substances such as sulfur oxides (SOx) and nitrogen oxides (NOx). The shipbuilder would conduct empirical tests at LNG demonstration facilities at its shipyard in Geoje before embarking on global marketing.