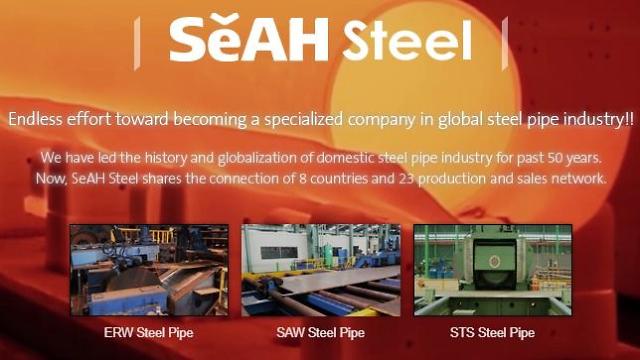 
SEOUL -- South Korea's SeAH steel group took a step closer to the full-scale production of core parts that would support fixed offshore wind turbines to be built in Britain and elsewhere. The group has honed its skill in welding steel pipes to squeeze into a market dominated by European firms.

In a regulatory filing on July 6, Seah Steel Holdings said it has raised its stake in SeAH Wind, a new overseas subsidiary based in Britain, to 100 percent through the purchase of shares worth 50.1 billion won ($44.1 million). The subsidiary will control a monopile production plant to be built in a coastal area northeast of London under a deal in November 2020 with the British government.

The plant will supply monopiles for Britain’s state-led offshore wind power project. With commercial production set for the first quarter of 2023, SeAH aims to produce more than 100 monopiles per year, which accounts for about half of Britain's annual demand. To reduce its heavy reliance on imports, Britain has selected SeAH as its partner for the local production and supply of monopiles. Offshore wind farm equipment is mainly supplied by German and Dutch companies.

SeAH will build a monopile plant and boost the production of jacket piles in South Korea to cope with a growing demand for offshore wind farms.