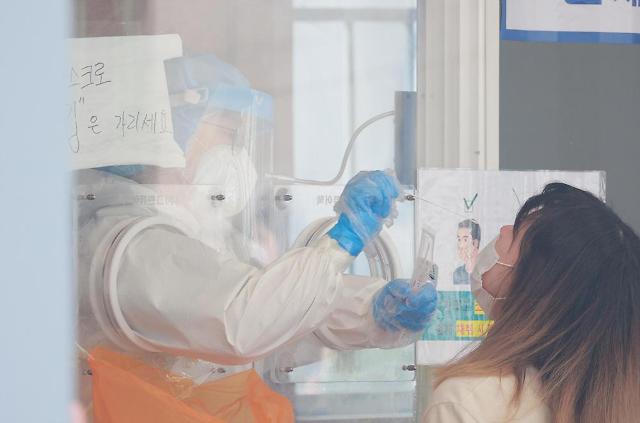 SEOUL -- Through advanced computer-based virtual screening, researchers have selected three candidates for preclinical trials to see if they can be used for the treatment of patients infected with a new coronavirus. The three including omipalisib showed antiviral activity in human lung cells, but additional preclinical tests are required to find their optimal drug concentration and minimize toxicity.

For drug repurposing, which is a tangible strategy for developing antiviral agents within a short period and starts with the virtual screening of approved drugs employing docking simulations, a joint study was conducted by researchers from the state-run Korea Advanced Institute of Science & Technology (KAIST) and Institute Pasteur Korea.

Researchers developed an algorithm that automatically generates active structures of nucleotide analogues-based prodrugs, which are mainly used as viral treatments. Prodrug does not in itself have a medicinal effect and must be converted into an active structure through metabolism in the body.

The virtual screening approach was applied to repurpose 6,218 approved and clinical trial drugs. Out of 38 compounds selected through virtual screening, seven showed efficacies in inhibiting COVID-19 in an in vitro experiment with Vero cells, which are a cell lineage that originated from the kidney of the African green monkey and are frequently used in cell cultures.

Three final candidates -- omipalisib, emodin and tipifarnib -- were found to inhibit the virus in human lung cells (Calu-3), while three other drug combinations showed strong synergistic effects at clinically achievable concentrations, the research team said. "Notably, the activity of omipalisib is 200-fold higher than that of remdesivir in Calu-3."

Remdesivir, produced by Gilead Sciences, an American biopharmaceutical company, has been authorized for emergency use in the United States and some other countries as it may shorten the time it takes to recover from COVID-19 infection.

Omipalisib is used in trials studying the treatment of cancer, solid tumors and idiopathic pulmonary fibrosis. Tipifarnib is a farnesyltransferase inhibitor. Emodin is a chemical compound that is particularly abundant in the roots of the Chinese rhubarb, knotweed, knotgrass and coffee weed.