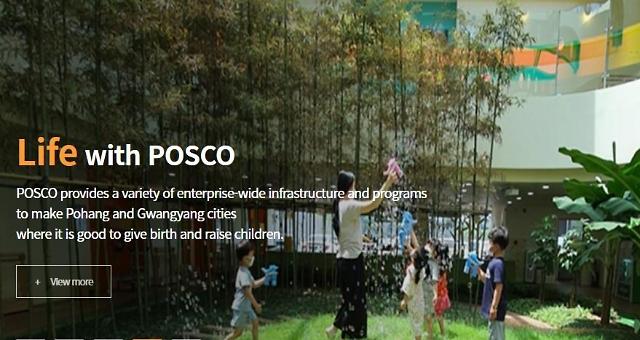 The partnership will explore a range of technologies for decarbonization across the entire steel value chain from iron ore mining to steelmaking, POSCO said in a statement on July 8, adding it underlines efforts to decarbonize and reach net-zero carbon emissions by 2050. A business agreement was signed at an online conference.

The steel group said that Rio Tinto's commitment to working in partnerships with customers on steel decarbonization pathways and to invest in technologies could deliver reductions in the steelmaking carbon intensity of at least 30 percent from 2030 or with the potential to deliver carbon neutral steelmaking pathways by 2050.

"Tackling climate change is a critical agenda in achieving sustainable development for a better future. On the journey to achieving carbon neutrality with Rio Tinto, we can play an important role of finding a way to build a low-carbon steel industry," POSCO's steel business head Kim Hag-dong was quoted as saying.

Rio Tinto, the key supplier of iron ore to POSCO, has partnered with Chinese and Japanese clients to combat climate change and reduce carbon emissions. "This partnership with POSCO, a valued and long-standing customer, demonstrates our combined commitment to working together to identify ways to reduce emissions across the steel-making process," said Rio Tinto's chief commercial officer, Alf Barrios.