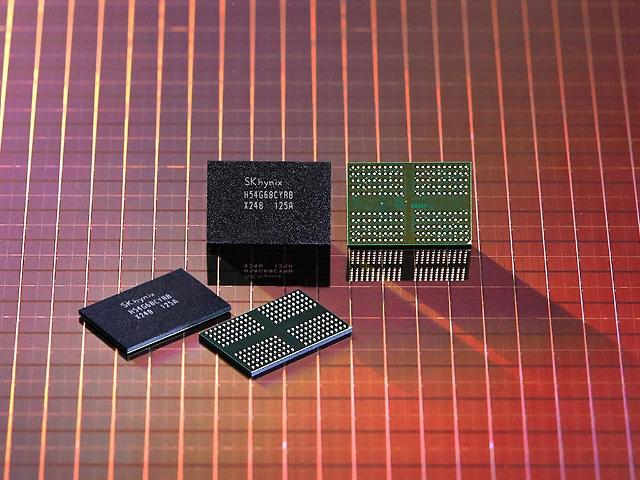 SEOUL -- SK hynix, the second-largest memory chip producer in South Korea, has started mass production of a new 8-gigabit microchip for mobile devices, using extreme ultraviolet light technology that would improve productivity and boost cost competitiveness. The new product would be delivered to smartphone manufacturers from the second half of 2021.

SK hynix said the low power double data rate 4 (LPDDR4) mobile dynamic random-access memory (DRAM) chip is based on the 1anm, which is the fourth generation of the 10nm process technology. The company would use EUV technology for the production of all its 1anm DRAM products.

This is the first time that SK hynix has adopted extreme ultraviolet (EUV) equipment for the production of DRAM chips. EUV light wavelengths are used to expose an ultra-thin electrical circuit.

"With improved productivity and cost competitiveness, the latest 1anm DRAM will not only help secure high profitability but also solidify SK hynix’s status as a leading technology company with early adoption of the EUV lithography technology for mass production," SK hynix vice president Cho Young-mann said in a statement on July 12.

The 1anm technology would lead to a 25 percent increase in the number of DRAM chips produced from the same size of a wafer, compared with the previous node, SK hynix said, adding the 1anm DRAM is expected to help alleviate global supply and demand conditions.

The new product has reduced power consumption by 20 percent. SK hynix said it would apply its 1anm technology to DDR5 products, the world’s first next-generation DRAM, from early next year.

SK hynix, a unit of SK Group, has aggressively bolstered its global presence with new investments to expand production facilities. In October 2020, the chipmaker signed a $9 billion deal to acquire Intel's NAND memory and storage business. The deal was aimed at securing a relatively stable and balanced structure as the proportion of DRAM will decrease to 60 percent and NAND will increase to 40 percent.