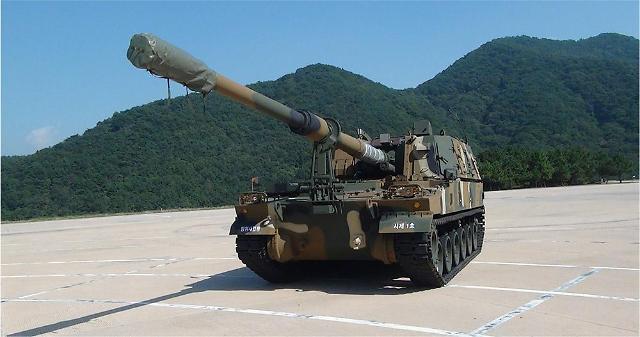 SEOUL -- K9A1, an upgraded version of South Korea's K9 self-propelled gun, has been deployed to a front-line island that was shelled by North Korea's artillery in 2010, killing four people and briefly triggering concerns of a full-scale conflict. There was no publicity or official confirmation on the placement of advanced guns that put North Korea's coast batteries in range.

"More than three K9A1 self-propelled guns have been deployed to the Yeonpyeong unit of Marine Corps," an unnamed military official told Aju Business Daily. "It was deployed without anyone knowing, perhaps because of North Korea's consciousness."

The two Koreas recognize different boundaries dividing their territorial waters in the Yellow Sea. Because the Korean conflict ended with a ceasefire rather than a treaty, the two Koreas remain technically at war. The maritime border has been the scene of sporadic naval clashes. In November 2020, cross-border tensions ran high following North Korea's artillery attack on South Korea's front-line Yeonpyeong Island.

The island has been guarded by a Marine unit armed with K9 self-propelled howitzers. K-9, which entered service in 1999, is one of South Korea's best-selling ground weapons. The howitzer with a maximum firing range of 40 kilometers (25 miles) operates with armored vehicles for ammunition resupply and can move at a maximum speed of 67 km per hour.

"The equipment performance improvement project is underway as planned," a Marine Corps official said about the deployment of K9A1s. "Official confirmation is restricted because it could be beneficial to the enemy."

In 2018, South and North Korean troops enforced a landmark accord to stop all hostile activities such as artillery drills and field maneuvers inside maritime, air and ground buffer zones set up in front-line areas.

The military agreement was based on the so-called Panmunjom Declaration signed by South Korean President Moon Jae-in and North Korean leader Kim Jong-un to work on ending the status of war, stop all hostile acts against each other and turn the demilitarized zone (DMZ) into a peace area. However, a full inter-Korean detente has yet to come as North Korea has been locked in tough negotiations with the United States on how to achieve denuclearization.