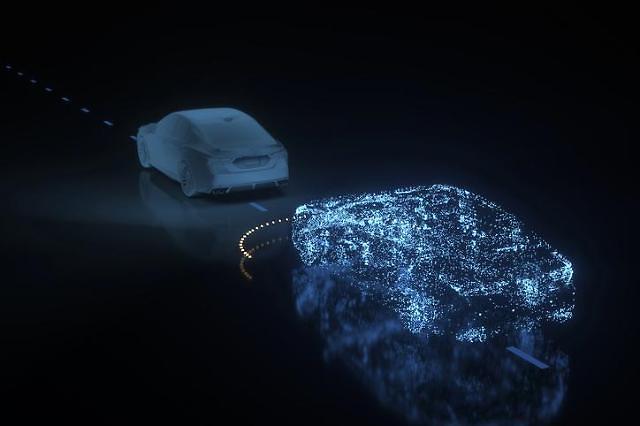 SEOUL -- LG Electronics, a major home appliance and smartphone maker in South Korea, will work with the University of Toronto to form a consortium for the development of artificial intelligence algorithms for autonomous vehicles that can recognize objects more accurately.

LG Electronics said the project to develop AI algorithms was selected by the Ontario government as Research Excellence to receive three billion won ($2.6 million) for five years. The company opened its overseas AI research center in Canada through the partnership with the University of Toronto in 2018 to secure AI source technologies through research in the field of deep learning.

The consortium aims to develop AI algorithms that can analyze data obtained by sensors in bad weather conditions, LG Electronics said, adding its research would focus on AI technology that allows sensors to recognize more clearly when road signs, lanes, and pedestrians are obscured or blurred by bad weather.

"We will apply advanced artificial intelligence technology to products and services to provide differentiated values that customers have never experienced before." LG's chief technology officer Park Il-pyeong said in a statement on July 22. The company would apply AI algorithms for autonomous vehicles to improve the performance of delivery robots.

LG Electronics has developed various service robots such as CLOi, an artificial intelligence-based autonomous service robot, as well as an integrated delivery robot platform that can be used indoors and outdoors. In November 2020, the company launched a pilot service using a closet-type service robot called "CLOi ServeBot."

In July 2021, LG Electronics unveiled a next-generation delivery robot capable of moving indoors and outdoors. The four-wheeled robot can adjust the gap between its wheels, actively responds to terrain changes and moves in an optimized driving mode. The new robot can move with less vibration when it encounters raised spots or uneven roads.