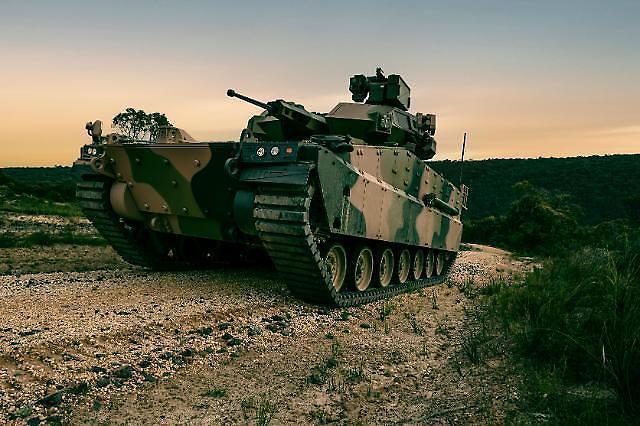 SEOUL -- A consortium led by U.S defense contractor Oshkosh Defense and its South Korean partner, Hanwha Defense, has been selected to compete for the concept design of a new armored combat vehicle that would replace the U.S Army's M-2 Bradley infantry fighting vehicle which has seen service since the early 1980s.

The Oshkosh-Hanwha team has been selected as one of the five contenders for the concept design phase of the optionally manned fighting vehicle (OMFV) program, which is a key element of the US Army's modernization efforts. The program takes a five-phased approach to design, prototype, test and produce the vehicle with the aim of producing a transformational infantry fighting vehicle (IFV) that will dominate maneuver in multi-domain operations.

Following the second phase contracts, Hanwha said the selected consortiums are set to take part in another open competition in the second quarter of fiscal year 2022 for the next phases of detailed design and prototype, with a contract announcement for the winning bidder due in late 2027. The Oshkosh-Hanwha team is to offer an up-to-date design based on the chassis of the AS21 Redback infantry fighting vehicle which has been shortlisted as a candidate for an Australian military project to replace old armored personnel carriers.

Three prototypes of the Redback are now undergoing tests and evaluations. One of the prototypes is scheduled to be shipped back home early next year to be trialed by the South Korean Army.

"It is with great pride that the Oshkosh-Hanwha team has been down-selected for the OMFV phase 2 contest, and we’re fully committed to developing a next-generation infantry fighting vehicle for the US Army," said Hanwha Defense CEO Son Jae-il said. "I firmly believe our team will offer the best solution for the OMFV program based on our advanced technologies and knowhow accrued through the development and production of military combat vehicles."

As a defense business arm of Hanwha Group, Hanwha Defense is the leading wheeled and tracked combat vehicle and weapons systems developer in South Korea with a half century of accumulated experience, advanced capabilities and technology in multiple proven direct and indirect fire solutions.