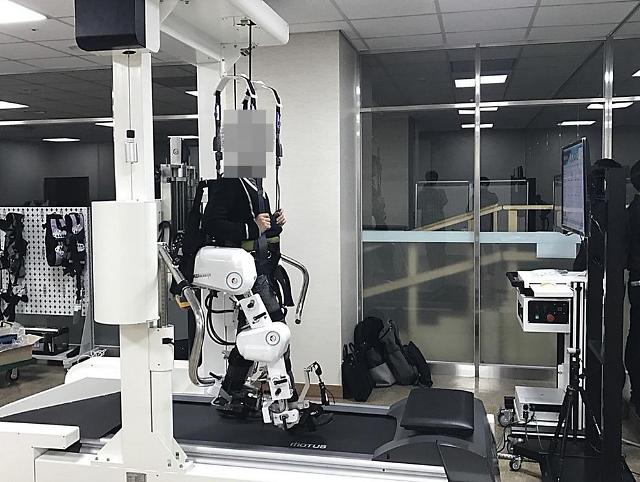 SEOUL -- An eastern satellite city of Seoul will adopt wearable robots to help the rehabilitation of patients with walking disorders. The rehab robot system can track and monitor the movement of patients to provide personalized programs.

Some 300 million won ($250,000) in state money will be injected into the rehab robot project involving P&S Mechanics, a domestic wearable robot maker, Namyangju said in a statement on July 27. The robot training system will be set up at a state rehabilitation center located in the northern part of the city with a population of about 690,000.

Wearable robots are adopted by many sectors including the construction, military and medical industries in South Korea. Patients with walking disorders are suspended in the air while a pair of robot legs distributes the weight of the patient so that he or she can practice walking. The speed of the foot movement can be adjusted.

In November 2020, Seoul Child Hospital in central Seoul adopted a Swiss-made wearable robot to help children with walking disorders or polio rehabilitate. The robot system is hooked onto a virtual reality device to check the walking pattern of a child patient walking on a treadmill in real-time.