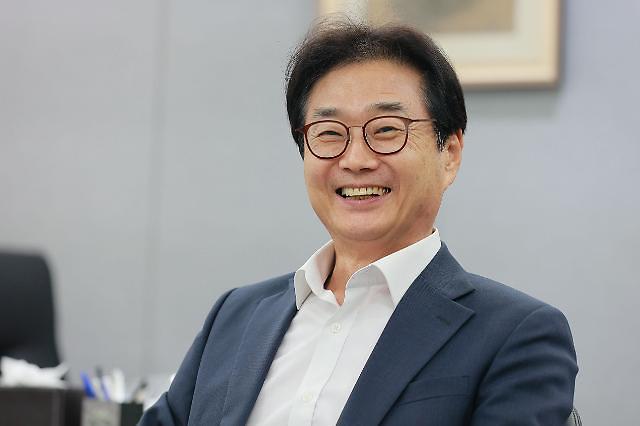 SEOUL -- A COVID-19 pandemic has activated the consignment production of vaccines developed by multinational pharmaceutical companies in South Korea, elevating the status of domestic pharmaceutical and bio companies that have exhausted efforts over the past decade to innovate quality and develop new drugs, becoming a crucial industry like automobiles and semiconductors.

The domestic pharmaceutical market has seen steady growth, promoting itself as a social safety net that enables a sustainable society and a key driver that will lead the future of the national economy. However, it is still insignificant by global standard, ranking 12th in the world and accounting for 1.6 percent of the global market, according to the Korea Pharmaceutical and Bio-Pharma Manufacturers Association (KPBMA), a biopharmaceutical business group led by Chairman Won Hee-mok.

"The competence of pharmaceutical and bio companies is the competitiveness of our nation. Therefore, it is necessary to establish an innovative ecosystem led by pharmaceutical and bio industries and supported by the government. Challenges and innovative attitudes that actively respond to changes in the times are also important," Won said in an interview with Aju Business Daily.

South Korea's pharmaceutical industry should set "a clear goal and paradigm" to increase its competitiveness of industries to the world level through open innovation and global expansion, Won said. "To this end, it is necessary to develop international competitiveness by making notable achievements such as global expansion, export, technology transfer, and the consignment production of vaccines."

More important, Won stressed that the industry must establish a business model specialized in internal and external environmental changes, develop two-track strategies such as developing innovative new drugs and producing high-quality generics in global markets through selection and concentration.

Rather than support based on distribution, Won said that all capabilities and resources must be devoted to producing "a definite effect" through selection and concentration. "We also need to prepare a loss compensation system so that companies can develop treatments and vaccines," he said, emphasizing the establishment of a high-level government control tower to oversee policies and work out effective measures that can be felt on the site.

South Korea's pharmaceutical exports have grown by more than 15 percent a year over the past decade, Won said, suggesting South Korea should more aggressively tap the global market through sustainable quality innovation, investment in research and development, and sharing technologies and know-how.

The U.S. development of an mRNA vaccine in a year was possible thanks to large-scale support in a timely manner, Won said. "In order for a country's pharmaceutical industry to achieve remarkable results, it needs not only industry efforts but also full support at the national level," he said, urging South Korea's pharmaceutical and bio industries to break from the convention and take on a bold challenge. "We were faithful to taking care of the health of our people in domestic demand, but I believe that the industry scalability was negligent."
.
Won said that securing vaccine sovereignty has emerged as an important task right now. "The most urgent task now is the development of vaccines. Consignment production is important, but a more fundamental solution is independent development and production," Won said, calling for full government support and an aggressive challenge by domestic companies to develop homemade vaccines.

"Pharmaceutical and vaccine sovereignty is important. If you miss the chance now, you have to buy and use vaccines from other countries. Even if it takes time, we must take this opportunity to get a homemade vaccine,“ Won said, citing high entry barriers and difficulties in recruiting healthy subjects for clinical trials. "This is because a lot of investment and infrastructure are required in development and production facilities."

South Korea is a latecomer in global vaccine development, but its pharmaceutical industry has built significant capabilities and infrastructure that can establish itself as a vaccine hub, such as core materials and synthesis, source technologies in the production of lipid nanoparticles (LNPs), an ability to secure candidate materials, and mass production facilities, Won said.

South Korea launched a special government-sponsored consortium in June to develop a next-generation messenger RNA (mRNA) vaccine platform. The consortium aims to develop a new vaccine capable of preventing infections by coronavirus variants and establish a mass-production system by the second half of 2023 to distribute more than one billion doses annually. By 2025, the consortium would use its mRNA platform to develop anti-cancer vaccines and next-generation innovative drugs.

"The K-mRNA consortium aims to realize mRNA vaccine sovereignty and become a global vaccine hub by quickly creating synergies such as the localization of raw material, the accumulation of development capabilities, and the establishment of a mass production system," Won said, adding the mass production system would provide a foundation for the self-sufficiency of vaccines including raw materials and global exports.

"In June next year, it will be possible to receive emergency approval for Phase III clinical trials, and if it goes as planned, vaccine production will be possible sometime next year. There will be many trials and errors in the process," Won said.