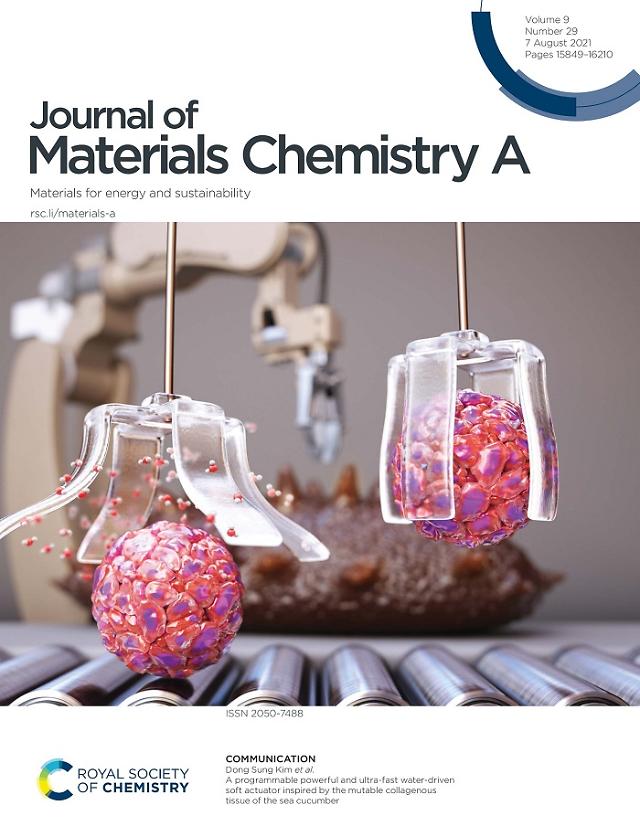 
SEOUL -- Researchers have introduced a programmable, powerful, and ultra-fast water-driven self-operating soft actuator, inspired by the mutable collagenous tissue of sea cucumber that reacts with water and changes its form freely. The actuator can be used in various fields such as robot grippers, wound closures and artificial fingers.

An actuator is a component of a machine that is responsible for moving and controlling a mechanism or system. It uses changes in electrical signals to change the physical state. A soft actuator that reacts to water can be applied to soft robots that need to be deformed well. However, soft actuators developed so far have shown low rigidity and slow operating speed.

Inspired by mutable collagenous tissue, a research team led by Kim Dong-sung, a professor of mechanical engineering at Pohang University of Science and Technology (POSTECH), has introduced a programmable, powerful, and ultra-fast water-driven self-operating soft actuator, based on the dramatic stiffness alteration of the bulk poly hydrogel.

The actuator showed its outstanding robustness by preserving its original shape over multiple cycles of highly strained actuations under harsh environments. "It works when moisture touches a soft robot, but it is flexible and deformable so that it can adapt to various environments," Kim said in a statement released by POSTECH.

"Because the newly developed hydrogel actuator is very powerful and fast, we can operate the robot using chemical energy even when there is no electricity," Kim said. The team's research paper was published on the website of the peer-reviewed Journal of Materials Chemistry A.

Although existing water-driven, self-operating, soft actuators have great potential for soft robotics, they remain fragile and slow, the research team said in its paper.

"A simple modulation of cross-linker concentration with its dimensional adjustment enabled the precise tuning of not only the actuation force but also the actuation speed in a wide range. Thus, the soft robotic gripper was able to perform a myriad of intricate tasks such as capturing a fragile object, acting as a biomedical appliance, and closing a large wound with uniform appropriate forces," the team said.