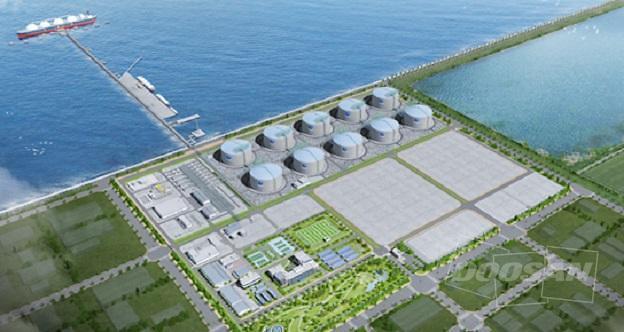 SEOUL -- A consortium led by Doosan Heavy Industries & Construction, a key player in South Korea's power industry, has secured an order worth 610 billion won ($531 million) from a state gas company to build storage tanks in the country's fifth liquefied natural gas (LNG) base in the southwestern industrial port city of Dangjin.

Doosan Heavy said it would build four 270,000-kiloliter-class LNG storage tanks and auxiliary installations such as ultra-low temperature pumps. Construction will begin in August for completion in December 2025. Doosan Heavy controls 90 percent of the consortium and the remainder is owned by a domestic builder.

"As demand for storage tanks is expected to increase, we will make efforts to win additional orders," Park In-won, a Doosan Heavy vice president, said in a statement on July 30. He said domestic LNG demand would increase from 46 million tons in 2021 to 53 million tons in 2034."

Korea Gas Corp. (KOGAS), which operates LNG regasification terminals and natural gas pipelines in South Korea, will spend some 3.3 trillion won by 2031 to complete the Dangjin base which is to have ten LNG tanks and other facilities including a pier, supply management stations and bunkering, which is the supplying of fuel for use by ships and includes the shipboard logistics of loading fuel and distributing it among available bunker tanks.

South Korea, which is one of the world's three largest LNG importers, runs four LNG bases capable of storing about 11.47 million kiloliters. KOGAS imports about 90 percent of South Korea's LNG needs. Due to a COVID-19 pandemic, LNG imports fell to 35.08 million tons in 2020 from 40.75 million tons in 2019. However, LNG consumption and imports are expected to grow in 2021 due to a government campaign to move away from coal and nuclear power as sources of energy.

The Seoul government revised regulations in June to boost the obligatory stockpile of natural gas from seven days to nine days. The purpose is to get prepared well for unexpected supply shortages to be caused by a rapid increase in demand and disruptions in imports.