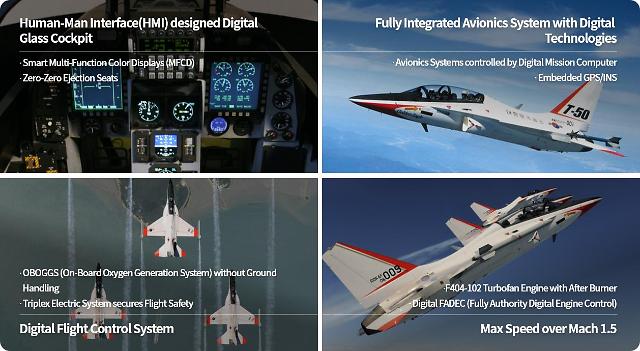 
SEOUL -- South Korea's sole aircraft maker has secured a new deal worth $78 million to deliver two more T-50 military trainers by the end of November 2023 to Thailand. The contract comes on the heels of efforts by Korea Aerospace Industries (KAI) to sell its trainer to Malaysia and other countries in Africa and South America.
KAI said in a regulatory filing on August 2 that Thailand would receive two T-50 trainers with equipment for tactical training as well as a follow-up support package.
With technology from U.S. partner Lockheed Martin, KAI produced South Korea's first supersonic trainer, T-50, which has been developed into aerobatic and combat variants such as FA-50. So far, KAI has exported or secured orders to export more than 70 T-50 trainers and light combat aircraft to Indonesia, the Philippines, Thailand and Iraq.
Thailand already has purchased 12 T-50 trainers. The Southeast Asian country signed a contract with KAI in 2019 to upgrade the electronic warfare system and radars of its T-50 fleet. In July, Indonesia agreed to purchase six more T-50 trainers, bringing the total number of its T-50 fleet to 22. KAI has upgraded T-50s for Indonesia to enable light attack capabilities.