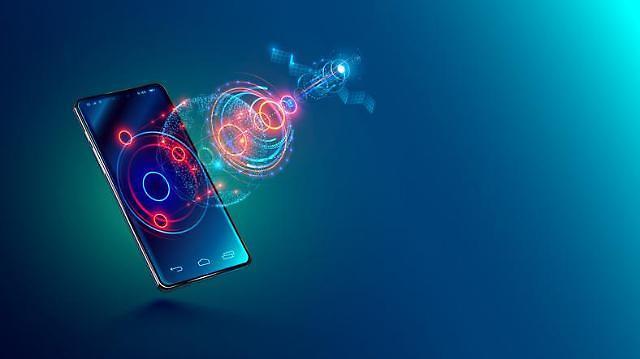 Terahertz (THz) is a unit of frequency defined as one trillion cycles per second. The THz frequency band includes an enormous amount of available spectrum. Beamforming is a signal processing technique used in sensor arrays for directional signal transmission or reception and focuses power to desired users to form beams, expand coverage and increase speed.

A 6G research center formed by LG Electronics and the state-run Korea Advanced Institute of Science & Technology (KAIST) claimed to have demonstrated beamforming with low loss even in the THz band, saying it is suitable for high-speed communication required by 6G because it can use wider bandwidth than 5G that uses the millimeter wave (mmWave) spectrum.

Radio frequencies in the electromagnetic spectrum from 30 to 300 gigahertz (GHz) are called millimeter waves. Certain frequency ranges near the bottom of the band are being used in the new generation of mobile phone networks. South Korea is close to commercializing services based on 28GHz-based 5G networks that will make data transmission speed faster especially in areas where traffic is concentrated.

"We created an opportunity to lead the development of 6G technologies globally," LG-KAIST research center head Cho Dong-ho said on August 3, adding the demonstration was the outcome of cooperation with the Korea Research Institute of Standards and Science, which is a national measurement standards laboratory, and Keysight Technologies.

The research center has verified a beamforming solution with low signal transmission loss even in wide bandwidth within the THz frequency band while increasing signal transmission efficiency 4.2 times compared to current technologies and adjusting the beam angle to levels that can be used for mobile communication.

Researchers have called for the early and pre-emptive development of 6G technologies. Companies have tied up with research bodies to secure core 6G technologies and achieve the world's first commercialization of 6G mobile telecommunication in 2028.

The state-funded Electronics and Telecommunications Research Institute (ETRI has been selected to lead the development of core technologies for 6G telecommunication. The national project involves dozens of partners including research bodies and companies such as Samsung Electronics and three mobile carriers. In June, Samsung demonstrated a 6G THz wireless communication prototype in collaboration with a research team from the University of California Santa Barbara (UCSB).