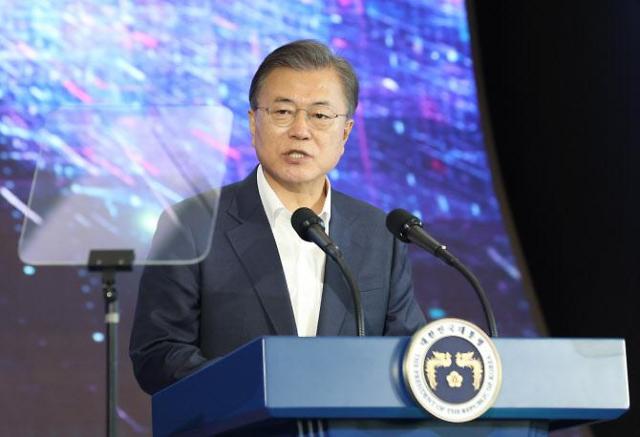 
SEOUL -- President Moon Jae-in designated vaccines as a strategic industry along with semiconductors and batteries, saying South Korea would become one of the world's top five vaccine hubs with an injection of some 2.2 trillion won ($1.92 billion) by 2025.

Moon emphasized the importance of securing vaccine sovereignty through the quick development of homemade vaccines and said that domestic vaccine companies will be able to conduct phase 3 clinical trials in August and commercialize the first vaccine by the first half of 2022.

"By 2025, we will become one of the top five global vaccine production powerhouses," Moon said in a vaccine-related meeting on August 5 at his office, urging domestic companies to speed up the development of a next-generation messenger RNA (mRNA) vaccine platform that can be applied to coronavirus variants. "Even if it is late, I hope you will take this opportunity to develop the mRNA vaccine and make sure to finish it."